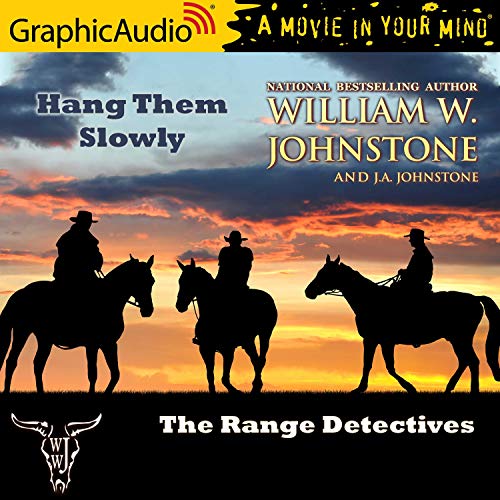 Stovepipe Stewart and Wilbur Coleman look like drifters, but don't be fooled. In this blazing Western saga, these two undercover cowboys get paid to find trouble - and to risk their lives to stomp it out. By any means necessary.

Vance Brewster is a hardworking young cowboy. Stovepipe and Wilbur are two new ranch hands working at his side. And all three are caught up in a brewing, trigger-happy Montana range war between the Rafter M and Three Rivers. Then the fury suddenly explodes - in a hail of gunfire, the three men must show their hands: they're all hiding their true identities. With Vance falling in love with the daughter of the Three Rivers manager, and Stovepipe and Wilbur paid by a tycoon who needs the violence to stop, all three are in mortal danger.

Their real enemies are hiding true identities of their own - and they're not nice men. The body count is about to go sky high...and Stovepipe and Wilbur would prefer not be be on top of the pile.

What listeners say about Hang Them Slowly [Dramatized Adaptation]