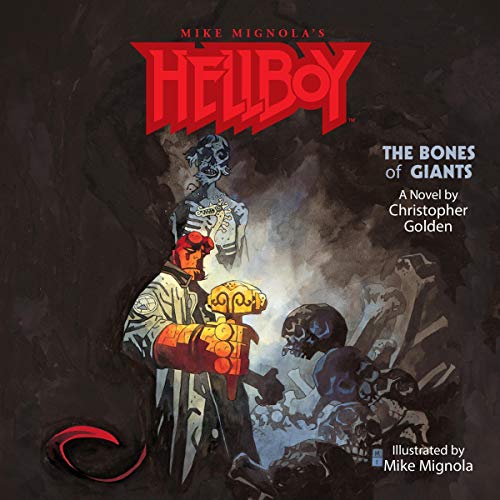 On the frozen shores of Sweden, a freak lightning storm reveals the skeleton of a giant man, his bony fist gripped tight to the shaft of an ancient iron hammer. It's not every day that the remains of a Norse god and his war hammer appear on a beach, and the occult detective called Hellboy knows that whatever is coming next won't be pleasant.

What listeners say about Hellboy: The Bones of Giants

I read this novel several years ago and always thought it had a great cinematic quality to it- something I'd have loved to see a movie made of instead of..well...what we got.
This is the next best thing.