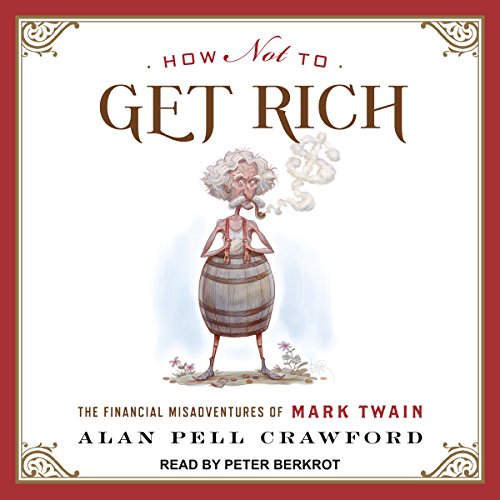 Mark Twain's lifetime spans America's era of greatest economic growth. And Twain was an active, even giddy, participant in all the great booms and busts of his time, launching himself into one harebrained get-rich-quick scheme after another. But far from striking it rich, the man who coined the term "Gilded Age" failed with comical regularity to join the ranks of plutocrats who made this period in America notorious for its wealth and excess.

Instead, Twain's mining firm failed, despite striking real silver. He ended up somehow owing money over his 30,000 acres of inherited land. And his plan to market the mysteriously energizing coca leaves from the Amazon fizzled when no ships would sail to South America.

Undaunted, Twain poured his money into the latest newfangled inventions of his time, all of which failed miserably. In Crawford's hilarious telling, the familiar image of Twain takes on a new and surprising dimension. Twain's story of financial optimism and perseverance is a kind of cracked-mirror history of American business itself - in its grandest cockeyed manifestations, its most comical lows, and its determined refusal to ever give up.

"Alan Pell Crawford captures the energy, humor, and wide-eyed hope of America's first 'angel investor' with wit and verve, in a book that is worthy of Twain himself." (Dan Lyons, New York Times best-selling author)

What listeners say about How Not to Get Rich