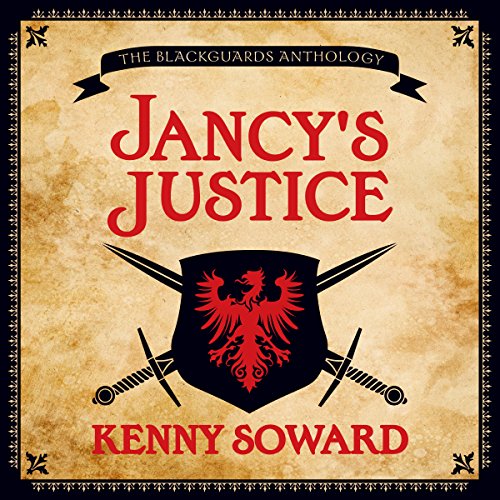 "Jancy's Justice" was published in the anthology Blackguards: Tales of Assassins, Mercenaries, and Rogues.

About this story, author Kenny Soward says, "Jancy is a secondary character in the GnomeSaga series, but for Blackguards I felt she deserved a bit of the spotlight. 'Jancy's Justice' takes place some years prior to the Battle of Hightower (as told in GnomeSaga). Working as a barmaid in the rough-and-tumble city of Half Town, Jancy the Quick keeps her true profession a secret but is poised to respond whenever injustice is found. In this instance injustice has found her. But this time Jancy may have bitten off more than she can chew."