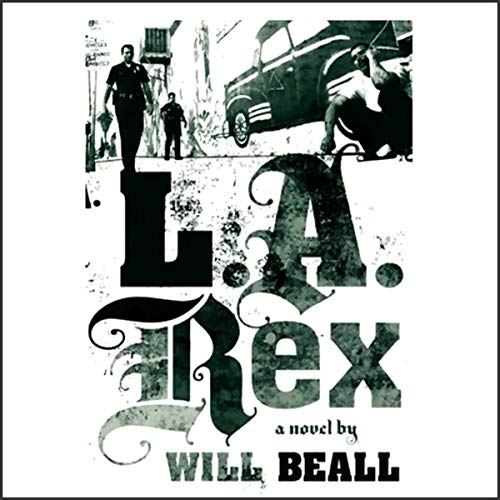 As far as everyone in the squad room knows, Ben Halloran is completely fresh to the streets of the 77th Division - just a soft kid from the West Side who's decided to become a cop and happened to draw the hardest neighborhood in LA.

But demons from Ben's complicated past catch up with him and his tough, oddly principled Daryl Gates-era partner, Miguel Marquez, all too quickly. From the moment Ben and Marquez hit the streets together, they're pulled into a web of ultra-violent corruption and retribution. They meet hardcore Crip gangbangers and tagalong gangsta-rap gloryhounds, LA's Mexican Mafia, sleazy celebrity defense attorneys, and dirty cops with distinctly self-serving definitions of law enforcement. Ben is forced to choose among father figures and apparent destinies while trying to obey his own moral principles - as well as his desperate animal instinct to stay alive.

Author Will Beall is a Los Angeles police officer who has spent almost his entire career on the streets of South Central, much of it in antigang units. The audiobook bristles with the energy and authenticity of his experience. But the true revelation of L.A. Rex is that Will Beall can write. His brilliant, fearless prose simultaneously evokes Richard Price and James Ellroy. The result is an explosive thriller that takes us deep into a city that's further from Hollywood than we can imagine, a city that no other writer has managed to capture with this kind of hard-earned insight and intensity.

I read this book when i was in highschool and it is still amazing as the first time i read it!!!!!!!
I love it even more as an audio book

I really enjoyed this book. it was very exciting and realistic . lots of twists and turns. awesome.

This book is well written and provides a realistic look into gang life. The performance kills the experience. The narrator did not even learn to say things correctly. If the book you are narrating has Spanish words, say them correctly. Even the street gang slang is not correctly pronounced. For me this killed the overall performance.

If you do not know L.A. You will be in for a surprise at how BAD Los Angeles is. Not unlike NYPD. Lots of interesting happenings. Good characters, storyline and narration. Gritty talk.Realism,shocking! not for the squeamish.
Go ahead use a credit it will be worth it.

Excellent story telling from a real veteran of the streets. Most police stories are written by non-cops. L.A. Rex really gives the reader the gritty realistic side of Los Angeles. Keeps you glued to the audio book every second. Highly recommended!

THIS IS VERY GRUESOME!

I enjoy stories about Los Angeles, like Michael Connelly and Joseph Wambaugh, BUT this needs a much stronger warning label for the gruesome violence involved. I didn't enjoy this.

I really thought this book would be a really good LA police book that gave us a real view of the police in the rampart division. I'm really into Michael Connelly and James Paterson so I was really excited to see a newer view on LA crime.
To bad.