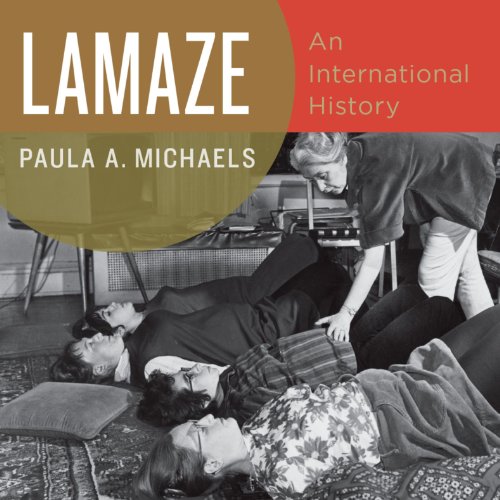 The Lamaze method is virtually synonymous with natural childbirth in America. In the 1970s, taking Lamaze classes was a common rite of passage to parenthood. The conscious relaxation and patterned breathing techniques touted as a natural and empowering path to the alleviation of pain in childbirth resonated with the feminist and countercultural values of the era.

In Lamaze, historian Paula A. Michaels tells the surprising story of the Lamaze method from its origins in the Soviet Union in the 1940s, to its popularization in France in the 1950s, and then to its heyday in the 1960s and 1970s in the US. Michaels shows how, for different reasons, in disparate national contexts, this technique for managing the pain of childbirth without resort to drugs found a following. The Soviet government embraced this method as a panacea to childbirth pain in the face of the material shortages that followed World War II. Heated and sometimes ideologically inflected debates surrounded the Lamaze method as it moved from East to West amid the Cold War. Physicians in France sympathetic to the communist cause helped to export it across the Iron Curtain, but politics alone fails to explain why French women embraced this approach. Arriving on American shores around 1960, the Lamaze method took on new meanings. Initially it offered a path to a safer and more satisfying birth experience, but overtly political considerations came to the fore once again as feminists appropriated it as a way to resist the patriarchal authority of male obstetricians.

Drawing on a wealth of archival evidence, Michaels pieces together this complex and fascinating story at the crossroads of the history of politics, medicine, and women.The story of Lamaze illuminates the many contentious issues that swirl around birthing practices in America and Europe. Brimming with insight, Michaels' engaging history offers an instructive intervention in the debate about how to achieve humane, empowering, and safe maternity care for all women.

What listeners say about Lamaze: An International History