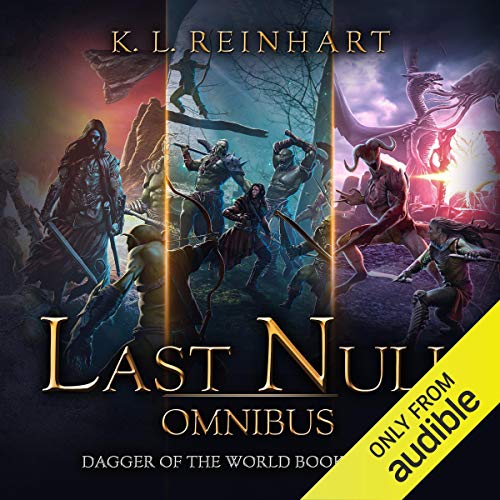 The outcast elf with no magic will be the only one who can overcome a magical apocalypse, but first, he must embrace the very thing he has been running from.

The Black Keep is under attack, and the realm is on the verge of falling. When all attempts to close the Blood Gate fail, Terak and an unlikely group of heroes must fight back against the Ungol horde looking to destroy Midhara. Can Terak learn to use his unique power of having no magic to defeat the most powerful magic the world has ever seen?

The Last Null Omnibus contains the last three books in the Dagger of the World epic fantasy series where an outcast elf with no magic will be called on to save the world.

Included stories: The Last Null, Queen of a Thousand Tears, and World Breaker

Download the Last Null Omnibus and get started on your next epic adventure today!

It took me a while to get into this series but it was worth it.