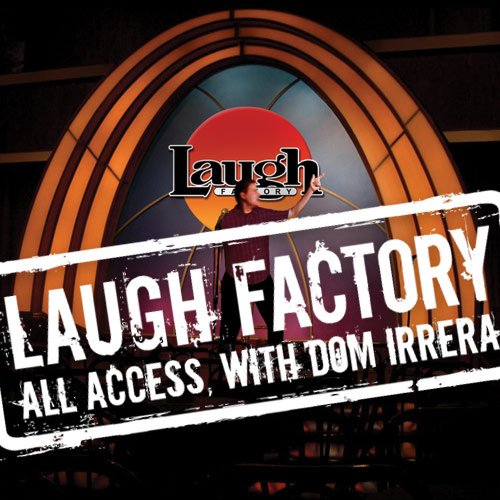 Laugh Factory Vol. 05 of All Access with Dom Irrera

Dom starts the show by reassuring a pregnant woman that he's ready and willing to deliver her baby in his car. Brother Woods is unhappy with his paycheck. Then, Jill-Michele Melean talks about getting engaged to a man with Tourette Syndrome and getting felt up by airport security. Then, Ron Pearson says that even the most pathetic reality-TV contestants can inspire jealousy - and wonders why everything you learn in school is so useless. Finally, Dov Davidoff talks about how ridiculous LA is and Kramer's meltdown.

Jill-Michele Melean
Born and raised in Miami, Jill eventually moved to Los Angeles to pursue her stand-up comedy career. She worked at world famous comedy clubs The Laugh Factory, Improv and Comedy Store. Jill's big break came as a featured member on Mad TV and she has also appeared on many other sitcoms. Jill has toured on the Latinos Locos Tour and has appeared in one film which won her an ALMA award.

Ron Pearson
Ron is not only a comedian and actor, but also a world record juggler. He has guest starred on several sitcoms including The Drew Carey Show and That 70's Show. Ron also made numerous late night show appearances and has appeared on Comedy Central. Ron's performances garnered him a nomination for Comedian of the Year.

Dov Davidoff
Born in New Jersey, Dov is a regular performer in clubs and colleges across the country. He is a regular fixture on Comedy Central and has appeared on several late night shows with Jay Leno, Craig Kilborn and Carson Daly. Dov is a series regular on NBC's Raines, appeared in the football movie Invincible and has been featured twice at HBO's U.S. Comedy Arts Festival in Aspen. Dov is a regular at the Comedy Cellar and Laugh Factory and has won numerous comedy competitions.

What listeners say about Laugh Factory Vol. 05 of All Access with Dom Irrera