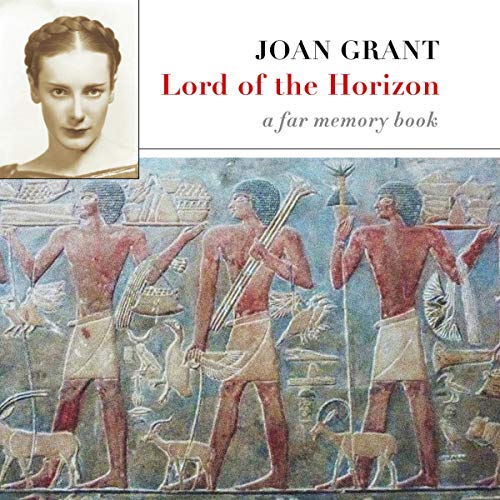 Lord of the Horizon

The fourth of Joan Grant's Far Memory novels, Lord of the Horizon, the sequel to Eyes of Horus, is set in Egypt at the close of the dark XIth dynasty and is a profound commentary on the power of fear and the unlimited ability of light to shatter it.

Lord of the Horizon is the story, told in the first person, of Ra-ab Hotep, heir to the Nomarch of the Oryx. Ra-ab is 21 as the story begins. The dawn for which Ra-ab and the Watchers of the Horizon fought in Eyes of Horus has come, but to "Send Fear into Exile", as the Watchers' password promised, proves difficult.

The new pharaoh, Amenemhet, marries the daughter of the pharaoh he deposed, thereby enabling her mother, a Babylonian by birth, to retain influence. Like a spider, she spins a web of intrigue and manipulation that threatens to plunge Egypt back into darkness. Her prize is Amenemhet's son Senusert, who will one day be pharaoh himself.

Finally, the pharaoh realizes what has occurred and calls on his friend Ra-ab Hotep, hero of the revolution, to take Senusert to his home in the Oryx and help him grow up properly, so he will be ready to fulfill his duties as pharaoh. But the Babylonian is not yet defeated. She continues to challenge Amenemhet's rule and authority, leading inexorably to the final showdown.

Joan Grant wrote several Far Memory novels, based on what she believes are memories from her previous lifetimes in ancient civilizations.