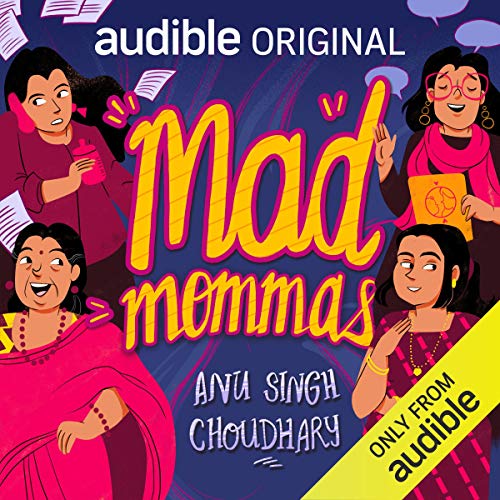 Written by Anu Singh Choudhary and narrated by Richa Anirudh, the 8-part Audible Original Series MAD MOMMAS captures bittersweet realities of four women at different stages of motherhood who multitask through marriage, career, kids, family, life, and the Corona crisis. This story is narrated from the point of view of a successful TV Anchor who has just become a mother. As she takes us through her own struggles, we also get a sneak peek into the lives of a stay-at-home Mum who gave up on a flourishing practice as a Doctor to raise her kids; a psychotherapist and mother of teen who ‘specialises’ in Mommy counseling and a grandmother who is a health & discipline freak.

The central theme of this series also establishes how ‘motherhood’ very naturally becomes a community where women come together unknowingly for each other, while fighting their own lone battles. This fictional audio drama series unravels many untouched aspects of the lives of urban women through secrets they fear to share openly: insecurities, professional & domestic struggles, and the tug of between 'what-should-be' and 'what-I-want'.

What listeners say about Mad Mommas

Great narration keep listening till chapter 3 then only u will enjoy till the end.

No episodes. Not able to read. Unable to delete from audible list.
Entire list needs editing as per genre and popularity.

I just loved to hear this and will love to hear it again. nice presentation

In love with it

The best Audible presentation I have heard so far! this is an exemplary show! brilliant!

Awesome is an understatement!

Being a working mom and juggling with all the priorities, I could totally relate to the characters.
Loved it! :)

Excellent narration. Though it was an audible but Richa Anirudh played all the characters so well and it felt as if I’m watching a movie. She has done fantabulous job with her voice modulation while portraying all the characters. This was my first audible experience and it was great.

Loved the book & narration. It was beautifully narrated & sound effects were also great! 👍😀