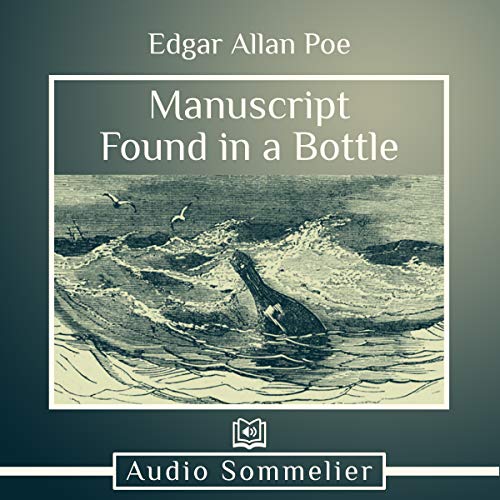 Manuscript Found in a Bottle

Poe’s characters often take turns for the worse, and this is the literal case in this shipwreck story by the author. Aboard a ship taking off from Indonesia, the narrator’s ship and crew is struck by a storm that kills everyone but the narrator and one other crewmember.

As the ship sales on under the enchantment of the storm, it collides with another seemingly enchanted object - a large black galleon crewed by blind men. The narrator keeps a ship’s log while aboard and is forced to abandon it over the side of the ship with the hopes of someone reading it someday - as terror takes its final toll.

What listeners say about Manuscript Found in a Bottle