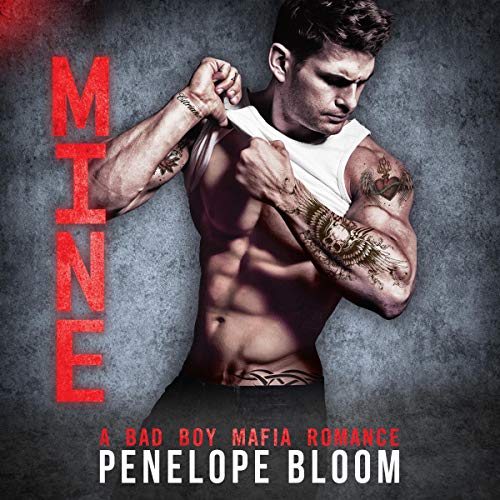 My enemies wish they had never met me, and women wish they could forget me.

I’m busy carving a name for myself in the mafia underworld, and I don’t have time for the women who chase after me and wanna tie me down. They can get in line for the wildest f*ck of their lives and then they can get lost.

I trusted the Sanatores and they ran their mouths. Six years in jail was a long time to plan my revenge, and now nobody will stop me from getting the payback I deserve. Not the bastards who are out to kill me, not the women who want to find out if the rumors about the size of my… ego are true. Nobody.

Until I set eyes on her.

Callie’s running from her filthy-rich, abusive, ex-fiancé, and he’s not letting her go without a fight. She wants a new life and the last thing she needs is me in it, but I’ve never let that stop me before.

I shouldn’t have touched her. I knew a woman like her would cause me trouble. But I couldn’t resist.

One taste and I’m addicted.

Her ex wants to get her back and my enemies want to use her to hurt me. F**k that.

Anyone who wants to come between us better bring a body bag.

This is a standalone, full-length mafia romance with a filthy-mouthed, possessive bad boy. Happily ever after guaranteed.

What listeners say about Mine: A Bad Boy Mafia Romance

Mine: A Bad Boy Mafia Romance

A fast paced, action packed, fiery romance. I enjoyed every moment of this wild ride.
CJ Bloom and Alexander Cendese are fantastic narrators, they brought these complicated people to life.

This book is as good as the first book. If you like mafia romance, you will probably like this book. Alexander Cendese gave a great performance. I highly recommend the Citrione Crime Family series.

Cute story. Nice tie up. The narrators were good. The only thing that really bugged me was the discussion of a ‘63 Camaro. There is no such thing. The camaro wasn’t in production until ‘66. It was just sloppy in the writing of the story. Especially when there was a whole little story to go with the car.

I really did enjoy this book. I didn't find it as enjoyable as the first, but it was still a good book. Some of the connection seemed only sexual at first so there was a little bit of lack of the build of affection other than possession and lust. That could have been the point though since the title is Mine. It was still a good book though.

I loved the narration!

C.J. Bloom and Alexandra C did a great job as always! And Penelope Bloom is an awesome author.

Okay, so far this one is my favorite of the series. I hate Greg in this story, but I love Damian and Callie together. I am getting use to the narrators.

it was fast paced. full of action. I wish the characters had been fleshed out more. But it was still good.

I enjoyed this second book in the citrione series. The story was good and keeps you interested. The only issue I had with it was the voice representing the character Greg changed 3 times throughout the book, which is slightly confusing.