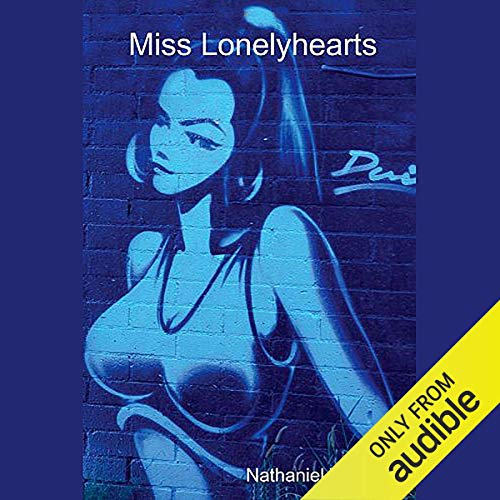 Miss Lonelyhearts is Nathanael West's second novel. It is an Expressionist black comedy set in New York City during the Great Depression.

In the story, Miss Lonelyhearts is an unnamed male newspaper columnist writing an advice column, which is viewed by the newspaper as a joke. As "Miss Lonelyhearts" reads letters from desperate New Yorkers, he feels terribly burdened and falls into a cycle of deep depression, accompanied by heavy drinking and occasional barfights. He also suffers from the pranks and cynical advice of his editor at the newspaper, named "Shrike", which is also a type of predatory bird. Miss Lonelyhearts tries several approaches as a way out of this depression (including religion, escaping to the countryside, and sex) but only ends up more confused.

The general theme of the novel is one of extreme disillusionment with Depression-era American society, a consistent theme throughout West's novels. However, the novel is essentially a black comedy and is characterized by an extremely dark but clever sense of humor and irony. The novel can be treated as a meditation on the theme of theodicy, or the problem of why evil exists in the world. The novel's protagonist is psychologically overwhelmed by his perception of this evil, which is treated as an explanation for his increasingly desperate psychological condition. Although the characters of Miss Lonelyhearts are grotesque caricatures, the periodic letters sent to Miss Lonelyhearts, which describe real people with real insoluble problems, serve to ground the novel's Expressionism in reality.

What listeners say about Miss Lonelyhearts

This has an excruciatingly bad ten or twelve minute critical introduction. After that comes one of the creepiest well-known works of modern American fiction, read in a way that clouds but does not obliterate the tone and madness of the story. It's hard to understand why so many audiobook narrators read in cartoon-character voices. Oh well. The gist of Miss Lonelyhearts is here.

Very good look at the time period and the struggles of the people and the despair of so many. Excellent and I hope the rest of West shows up soon. Good and surprising in some ways for the time it was written.

I bought this novella because I read a piece by Harold Bloom, a renowned and prolific lit critic and a Yale humanities professor, describing why he loves MISS LONELYHEARTS. I wasn't nearly as enamored by this 80-page existential black comedy, primarily because the author, Nathanael West, couldn't hide his contempt for all religion nor his dark-red leanings.

As the book begins, an unnamed 1933 NYC male newspaper columnist (I'll call "ML") has been assigned to write an advice column (similar in ilk to Dear Abby). ML thereafter starts suffering severe depression under the collective weight of the genuine agony and burdens thrown upon him in the "Dear Miss Lonelyhearts" letters of the readers.

At after-hours gatherings, his editor, aptly named Shrike, repeatedly hazes ML, condemning his religion (and art) as the "opiate of the masses" and jokes that ML is "an idealist in collision with humanity."

Exacerbating ML's depression is his belief that the Miss Lonelyhearts column is a big farce perpetrated on the public. To ease his pain, he turns to drinking, religion, traveling with his fiancee', and an affair with Shrike's wife. ML also agrees to meet with a lady who wrote that her poor crippled husband cannot satisfy her intimate needs. West leaves it ambiguous on whether ML's fornication with the lady was driven by a Messiah complex, an ephemeral apostasy, or a mixture of both.

This novella had the feel of a Marxist parable, the explanation of which would require my going far beyond the scope of a simple book review as well as into the bio of the author. That should tell you, at least, that its 80 pages are charged with meaning, latent and patent. All things considered, while the book is probably great for book club banter, it was not exactly a pleasure to read.