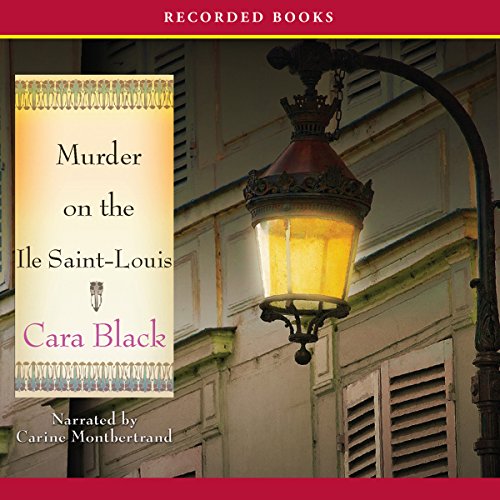 Murder on the Ile Saint Louis

Facing a tight deadline on a computer security contract, Aimée responds to a telephone call from a stranger that leads her to an abandoned infant in a courtyard on the Ile Saint-Louis. She brings the baby home with her, calls her Stella, and awaits contact from the mother. But days pass, and no one reclaims the infant.

Meanwhile, a group of environmental protestors is trying to stop the government from entering into a contract with an oil company notorious for pollution. As Aimée attempts to identify the baby’s mother, two murders and an abortive bombing involving the protestors lead her—and little Stella—into danger. On the run in the sewers beneath the Seine, Aimée finally finds the woman she has been looking for, only to discover that the man she has fallen in love with is not who she thought he was.

"Gripping.... A wonderfully complex plot is lent immediacy by environmental activists agitating against a proposed oil agreement....This Paris has a gritty, edgy feel, and Black’s prose evokes the sound of the Seine rising with the spring thaw. Aimée makes an engaging protagonist." ( Publishers Weekly)
"Another taut, well-observed, and thoroughly entertaining Aimée Leduc mystery, this book continues the series’ blend of suspense and attitude engagé while nicely developing our heroine’s character." ( Library Journal)
"Black again makes the most of her setting, drawing on the juicy history of the Ile Saint-Louis.... This series remains must reading for fans of the jauntier side of European crime fiction." ( Booklist)

i've listened to most of the 'aimee' books by cara black and while they weren't great books they were at least good. this one though was so disappointing i almost didn't finish. it was slow and boring.
if i listen to another one of her books i'll get it through the online library like i did her others and not waste one of my credits on audible.