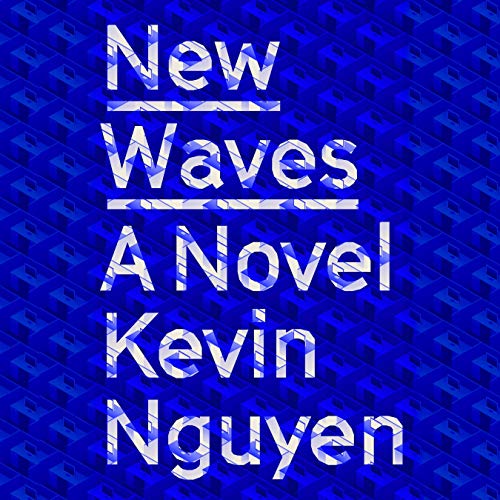 A wry and edgy debut novel about race and start-up culture, secrecy and surveillance, social media and friendship.

“A knowing, witty, and thought-provoking exploration of love, modern isolation, and what it means to exist - especially as a person of color - in our increasingly digital age.” (Celeste Ng, best-selling author of Everything I Never Told You and Little Fires Everywhere)

Named One of the Best Books of the Year by:

Lucas and Margo are fed up. Margo is a brilliant programmer tired of being talked over as the company’s sole Black employee, and while Lucas is one of many Asians at the firm, he’s nearly invisible as a low-paid customer-service rep. Together, they decide to steal their tech start-up’s user database in an attempt at revenge. The heist takes a sudden turn when Margo dies in a car accident, and Lucas is left reeling, wondering what to do with their secret - and wondering whether her death really was an accident.

When Lucas hacks into Margo’s computer looking for answers, he is drawn into her private online life and realizes just how little he knew about his best friend. With a fresh voice, biting humor, and piercing observations about human nature, Kevin Nguyen brings an insider’s knowledge of the tech industry to this imaginative novel. A pitch-perfect exploration of race and start-up culture, secrecy and surveillance, social media and friendship, New Waves asks: How well do we really know one another? And how do we form true intimacy and connection in a tech-obsessed world?

“Nguyen’s stellar debut is a piercing assessment of young adulthood, the tech industry, and racism.... Nguyen impressively holds together his overlapping plot threads while providing incisive criticism of privilege and a dose of sharp humor. The story is fast-paced and fascinating, but also deeply felt; the effect is a page-turner with some serious bite." (Publishers Weekly, starred review)

"In New Waves, a grieving young man dives into the dizzying kaleidoscope of 21st-century online culture, trying to understand his lost friend and the difference between our real lives and our virtual ones - or is there one? Kevin Nguyen’s debut is a knowing, witty, and thought-provoking exploration of love, modern isolation, and what it means to exist - especially as a person of color - in our increasingly digital age." (Celeste Ng, best-selling author of Everything I Never Told You and Little Fires Everywhere)

"E.M. Forster’s mandate was to 'only connect.' Kevin Nguyen shows us that in our brave new digital world, the best way to do that might be to disconnect. The result is New Waves, a sleek, stylish novel that weaves between disaffection and desire." (Viet Thanh Nguyen, Pulitzer Prize-winning author of The Sympathizer and The Refugees)

"Kevin Nguyen's New Waves collapses every tired distinction about the internet. In this novel of relationships, race, and loss, everything is both permanent and ephemeral - technology both preserves and buries culture, and the people who ghost you can also haunt you. With his swift, funny, and merciless prose, Nguyen smartly dissects how life online may be digital, but it’s far from binary." (Tony Tulathimutte, award-winning author of Private Citizens)

What listeners say about New Waves

not bad, but not what I was expecting

The book summary made me expect a mystery, that the central plot of the novel would be the question of what caused Margo's death. The book is actually about Lucas's life after he loses his friend. It mainly focuses on the culture of the tech industry, the struggles of young adulthood, and different aspects of racism. I think the book explored these topics in a mature and nuanced way, so if you are looking for a book that examines these types of societal questions, this would be a good choice. For me, it was not a bad read, but the lack of a strong plot to move the story forward meant that parts of the book dragged a little.

There were too many storylines/characters that kept changing back and forth. You never knew when they were connected, or if they were connected. Sometimes authors should not be the narrator on an audible book. I finished it, but still really don't know how the story/characters come together to make sense.