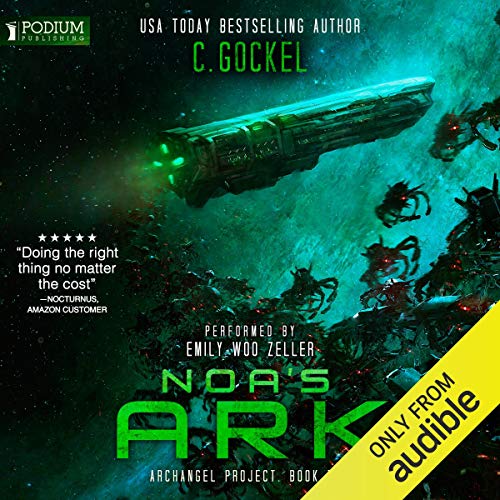 Time Gate 8, one of humanity's portals between the stars, has been overrun by a mysterious alien intelligence, and the planet Luddeccea is now cut off.

Haunted by those she left behind, Commander Noa Sato is on a desperate mission to save her homeworld. Navigating the ancient Ark, she seeks a hidden gate that will transport her ship to Earth and the Galactic Fleet. But the Luddeccean system harbors dangers, and so does her crew.

The only crew member she completely trusts is James Sinclair, but he doesn't trust himself.

James isn't the man he once was. He has a hunger that is never sated, kills without regrets, and is fitted with extraordinary augments he doesn't remember getting. Can James control his augments, or will they control him?

In a future where almost all humans are augmented, James' answer and Noa's mission will determine the fate of the human race, and the enemy is already within the gates.

Too wordy and drawn out with too much fantasy not enough sci fi. Did not enjoy this second book. Will no try the third.

I love this series and the reader is amazing. I cannot wait until book 3 comes out.

I enjoyed this story. I cant wait to see how it all plays out. without giving anything away there are a few moments when you really think oh wow the possibilities here could be amazing.

That and oh god, who game this women a ship haha