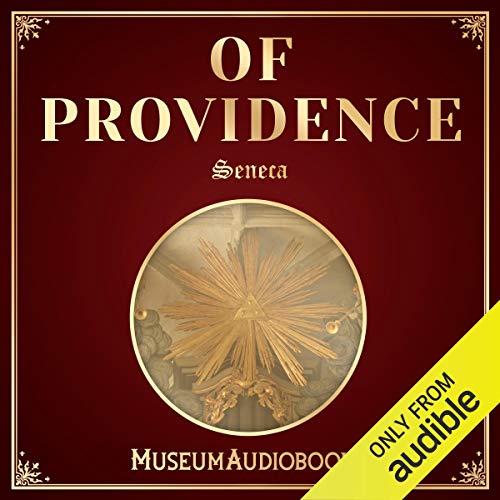 The full title of Seneca’s work Of Providence is "Why do misfortunes happen to good men, if providence exists?". The longer title reflects the essay’s theme which is more concerned with theodicy and the question of why bad things happen to good people, rather than with providence.

The essay is written as a dialogue in six brief sections, opened by Lucilius complaining to his friend Seneca that misfortunes befall to good people too. How does this fit with the goodness associated with the design of providence? Seneca replies according to the Stoic point of view: nothing actually bad can happen to the wise man because opposites do not mix. What appears to be adversity is really a means by which the good man exerts his virtues. As such, he can come out of the ordeal stronger than before.

According to Seneca, the wise man understands destiny and therefore he has nothing to fear. Neither does he hope for anything, because he already has everything he needs - his good behaviour.

What listeners say about Of Providence

Clear prelude to Christian theodicy: painful situations give rise to virtue, which makes it all worthwhile; God disciplines his children to make them better; we have within us the wherewithal to meet all our trials; sufferings are short. Interesting quasi-monotheism and even prelude to monasticism.