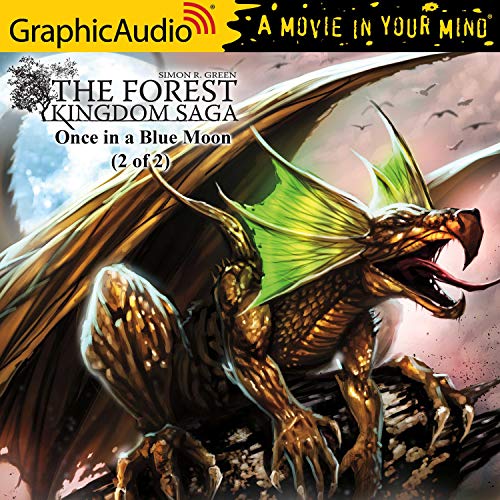 Once In A Blue Moon (2 of 2) [Dramatized Adaptation]

Twice upon a time, Prince Rupert and Princess Julia saved the Forest Kingdom.

They have earned the right to live happily ever after.

Hawk and Fisher, famous for their years of keeping the peace in Haven, are really quite happy being legends. They gave up the hero business when they decided they’d grown too old for it. Now they run the Hero Academy, training young hopefuls to be heroes.

Legends never die, but it seems they cannot retire, either. Hawk and Fisher’s adult children, Jack and Gillian, have been kidnapped. They were taken by the Demon Prince, an old enemy from the Forest Kingdom who challenges the couple to one final battle for their lives. But Hawk and Fisher believe there’s another motive behind the abductions, one connected to a case they worked in Haven many years ago - a case they refuse to discuss.

They have no choice but to return to the Forest Kingdom, to be Prince Rupert and Princess Julia one last time in one last story - of the kind of things that happen only once in a blue moon....