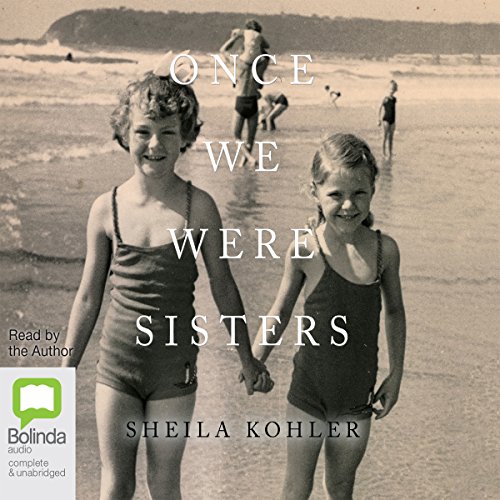 Once We Were Sisters

A powerful and heartbreaking portrait of the bond between two sisters, in life and beyond death.

Once We Were Sisters is the story of Maxine and Sheila Kohler. Growing up in the suffocating gentility of 1950s South Africa, the girls plan grand lives for themselves that will bring them out of the long shadow cast by their father's death and their overbearing mother's bullying. Maxine is just shy of her 40th birthday when her husband, a brilliant and respected surgeon, drives their car off the road and kills her. Devastated, Sheila returns to South Africa, determined to find answers to her sister's sudden death at the hands of her husband. More haunting, however, are the questions. How had she failed to protect her sister? Was Maxine's murder a matter of accident or destiny? What lies in the soil of their troubled motherland that condemns its women to such violence?

Powerful, moving and tragic, Once We Were Sisters is an act of love and an extraordinary account of an unspeakable loss.

''A rich and poignant memoir.'' (J.M. Coetzee)
''Beautiful and disturbing.... It is a tragic tale, with echoes of cultural sexism and misogyny, yet a triumphant story of a young woman's liberation from this culture and her emergence as a writer.'' (Joyce Carol Oates)

What listeners say about Once We Were Sisters

very moving story so close to my heart

I loved hearing my aunt Sheila's voice again. she has a gentle, kind narrative voice. it reminded me of how she used to tell us wonderful stories when were little. I learnt more things about my mom leading up to her death. i look forward to hearing more of her novels. I think Becoming Jane Eyre is next!

Profound but with a light touch. Really enjoyed this. Narration very good.Having the writer narrate enhanced my enjoyment.

Given that the substance of the story is so sad, I did find it intriguing to learn about South African society as it was at that time. Beautifully narrated by the author, bringing me to tears many times.