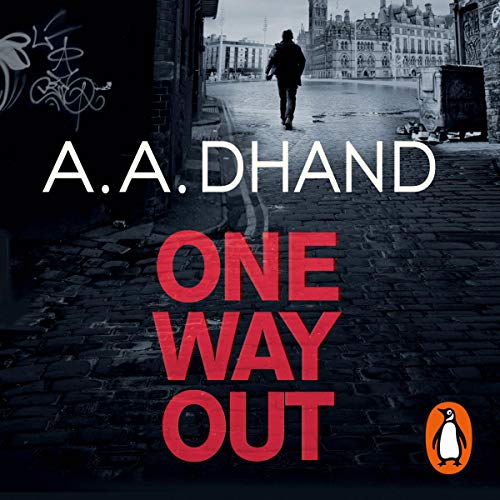 Written by: A. A. Dhand
Narrated by: Ash Tandon
Free with trial

If Luther was set in Bradford....

The government is firm, it does not negotiate with terrorists. But Detective Harry Virdee's wife has been taken hostage. He can see only one way out.

DCI Harry Virdee has just enough time to get his son and his mother to safety before the bomb blows. But this is merely a stunt; there is worse to come.

A new and aggressive nationalist group, the Patriots, have hidden a second device under one of the city’s mosques. In exchange for the safe release of those at Friday prayers, the Patriots want custody of the leaders of radical Islamist group Almukhtareen - the chosen ones.

The government does not negotiate with terrorists. Even when thousands of lives are at risk.

But Harry’s wife is in one of those mosques. Left with no choice, Harry must find the Almukhtareen to offer the Patriots his own deal. Because sometimes the only way to save lives is to take them.

"One of the most multi-layered policemen to have appeared in recent years." (Mail on Sunday)

"Delves deep into the dark side of Bradford, exploring a city riven by racial tensions." (Jake Kerridge, Sunday Express)

"An author to keep an eye on...Dhand is a fearless writer." (Sunday Times)

What listeners say about One Way Out

I have loved these books and listened to each one in a couple of days. Faced paced, very exciting and great characters. I only hope this book isn’t the last in the series

This is an amazing and emotional story, I loved it, the real bad guys were no surprise but it was still anger inducing. Poor Harry is definitely put through the wringer in this one.

Ash Tandon is the perfect narrator for these books, I only wish Audible would get him to record books 1 and 2 so I could listen to them as well.

A bomb in Bradford's Milennium Park is just unthinkable, and then hundreds of people are trapped in mosques around the city after bomb threats! It sounds all too plausible, and A A Dhand has delivered another heart pounding crime thriller that I couldn't stop listening to, and the ending is completely chilling. I listened to all 4 books in this series in 4 days. Yes, they are that good!

This book has yet another different narrator. Such a shame they can't keep continuity of narrators for each book in the series. Still, Ash Tandon did a good job.

Not as gripping as previous books, still enjoyable. I do like Harry Border though and his antics.