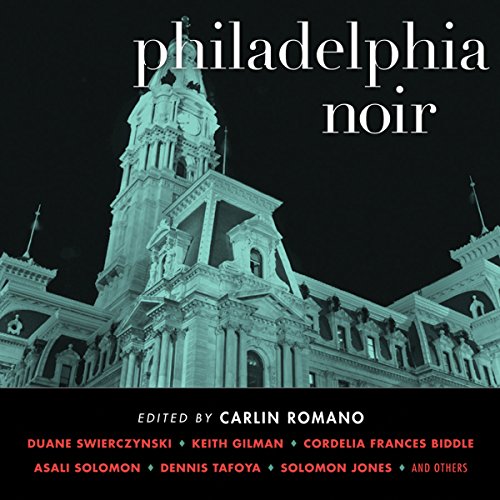 From the introduction to Philadelphia Noir: "America's first great city, first capital, and first industrial metropolis contained from the beginning the mix of poor workers and elite culture, of ethnic enclaves and religious intolerance, of easy skullduggery and flesh-pot possibilities, that led Lincoln Steffens in 1903 to famously rule it "corrupt and contented". Colonel William Markham, deputy governor of Pennsylvania from 1693 to 1699 (and William Penn's cousin), was the first official on the take, hiding pirates at one hundred pounds a head, including Captain Kidd himself. We've had many similarly devoted public servants since... Per capita, Philadelphia matches any city, weirdo incident for weirdo incident. But we trump everyone on history... With apologies, you won't find the obvious here. Having served as literary critic of the Philadelphia Inquirer for 25 years, and written more stories on "Philadelphia literature" than anyone living, I thank my contributors for their very limited references to hoagies, cheesesteaks, water ice, soft pretzels, and waitresses who call their customers "Hon". There's no glimpse of Claes Oldenburg's Clothespin or the rowers by the Waterworks, and only one passing mention of Rocky. Truth is, we don’t talk much about those things. We just live our lives."

What listeners say about Philadelphia Noir