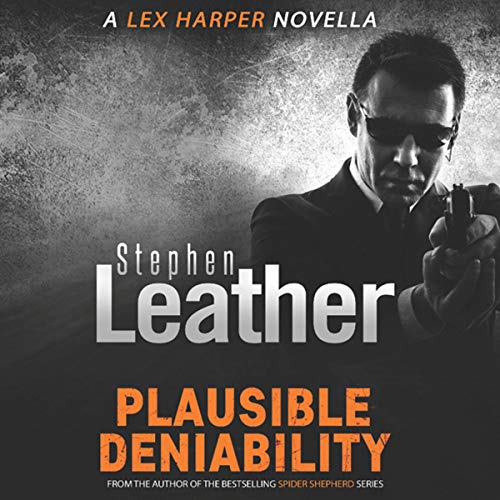 The war on drugs has always been a dirty business. But there are some jobs that are so dirty that even MI5 can't risk getting involved. Which is when the authorities turn to a man who isn't afraid to go where others fear to tread - Lex Harper.

Harper is sent into the Golden Triangle in a bid to block the flood of heroin that is crippling the West. But when the plan backfires, Harper discovers that heroin poses a threat much closer to home. And his retaliation takes him on a mission of revenge around the world.

What listeners say about Plausible Deniability

different characters, but the same ending. well read by Thornley tho the storylacks real depth

Generally a great author with diverse storylineas. This book seems to have been bashed out quickly to order with little expansion of characters and situations.

I am a huge fan both of Paul Thornley and Stephen Leather, and although the narration was first class as usual the story was certainly not his best

As usual gripping from first page

listened to the book in one sitting. as usual the author leaves nothing to chance in the realism felt with in the story

A really good evenings entertainment whilst weaving and spinning. So much better than a movie!