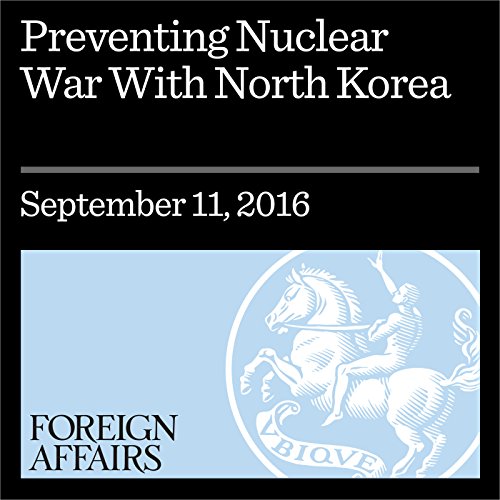 Few anticipated that 2016 would see such unprecedented missile and nuclear testing in North Korea, most recently its fifth and largest ever test, reportedly coming in at 10 kilotons. But none of this should have come as a surprise. Under Kim Jong Un, North Korea’s approach to developing its strategic forces is markedly different - more aggressive - than it was under his father or grandfather. The striking change puts the Korean Peninsula on a path to nuclear war unless the US-South Korean alliance can adapt to the constraints of deterrence and defense against a second-tier nuclear-armed adversary.

"Preventing Nuclear War With North Korea" is from foreignaffairs.com, published on September 11, 2016.