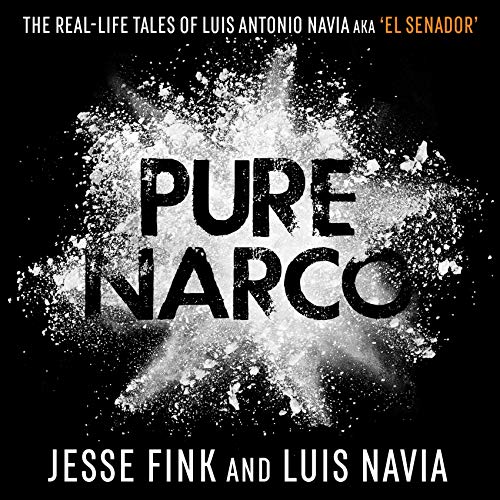 'I was a drug trafficker in the true sense of the word: a pure narco.'

Careers in the cocaine-trafficking business are usually short. It's not only a highly risky profession, fraught with the possibility of long jail sentences, but it can be deadly if the cartels get to you first.

Not for Luis Antonio Navia. For 25 years the Cuban American smuggled hundreds of tons of white powder for the biggest cartels in Colombia and Mexico, including Pablo Escobar's Medellín Cartel.

What made him good at his dangerous job was amassing trusted contacts, losing very few shipments of coke and maintaining a low profile. He refused to carry a weapon.

He also maintained a normal family life with a Colombian wife and two young children.

But he was never far removed from the most brutal violence imaginable. One friend got his head cut off. Another was hit over the head, stuffed in a 55-gallon drum full of cement and dumped in a canal. Navia himself was kidnapped three times and went close to being fed alive to crocodiles.

Somehow through it all he managed to survive and spent two decades fooling law-enforcement agencies until he came under the radar of Robert Harley, a tenacious US Customs special agent in Key West, Florida, who was determined to bring him to justice.

What followed was an international game of cat-and-mouse that culminated in Navia's 2000 capture in Venezuela in one of the biggest antinarcotics takedowns of all time, the 12-nation Operation Journey.

Spanning decades, continents and featuring a who's who of the drug trade, Pure Narco is a fast-paced adventure ride into the dark underworld of cocaine trafficking, written with the cooperation of a dozen law-enforcement agents from the world's top antinarcotics forces in the United States and Great Britain.

Navia served his time in jail and is now free to tell his tale. His is the rare perspective of someone who has worked on both sides of that war: as a cocaine trafficker and US Government consultant.

This book is a redemption story. Luis Navia, the pure narco, has gone full circle.

What listeners say about Pure Narco

Good concept but didn't quite work for me

Audio book split between Writer and person it is based on - Lewis Navia. Whilst the concept of this is fascinating i felt it could of worked a lot better. I also feel the story could of been told in a better way.

Good insight but not really a page turner

better undercover narco books out there. as I said reasonable stuff but not too exciting