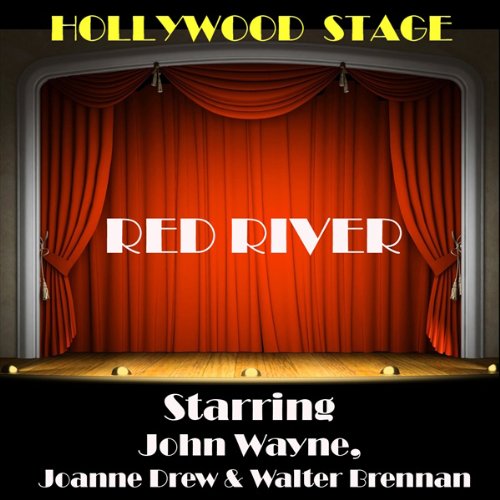 Now widely thought of as a masterpiece the film, Red River was not widely regarded at the time of its release.

In our Hollywood Stage presentation, John Wayne reprises his role as Tom Dunston and his journey west to build a cattle empire.

He adopts a young boy, Matthew, orphaned by an Indian raid. Returning from the Civil War, Mathew helps his father on a massive cattle drive only for their relationship to completely fall apart as father is pitted against son.