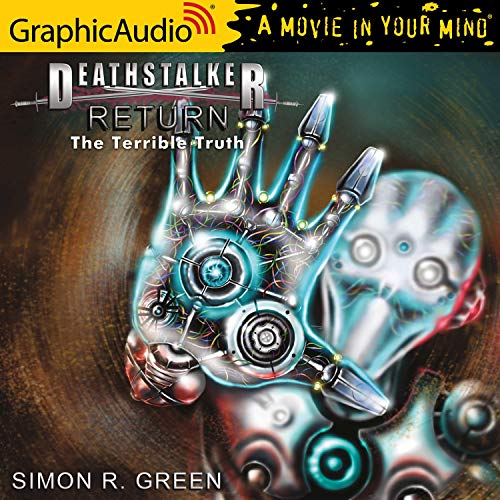 In the shocking conclusion of Deathstalker: Return, King Douglas is brought to trial before his treacherous former Champion, and the Paragon Emma Steel seeks the aid of Finn Durandal’s fellow conspirator. Elsewhere, the quest of Lewis Deathstalker and his weary band of renegades has finally brought them to the legendary planet Haden, home of the mysterious Madness Maze. Surprising developments there and an unexpected visitor strongly compel Lewis to risk his life and sanity by entering the Madness Maze to learn the truth about his legendary ancestor. Before the dust settles, there will be unforeseen betrayal, the death of a hero, and a stunning revelation about the force behind the planet-consuming Terror.

What listeners say about Return (3 of 3) [Dramatized Adaptation]