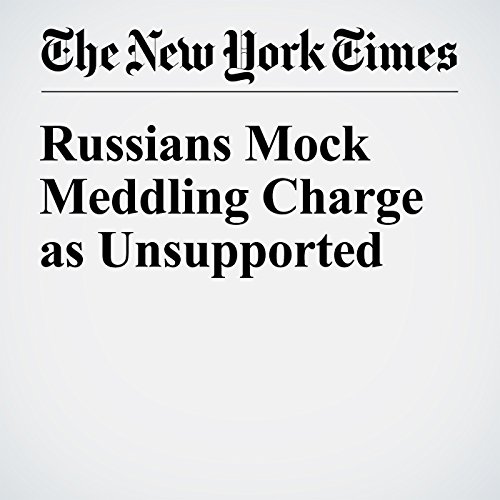 Spies are usually thought of as bystanders who quietly steal secrets in the shadows. But the Russian version, schooled in techniques used during the Cold War against the United States, has a more ambitious goal — shaping, not just snooping on, the politics of a nation that the Soviet-era KGB targeted as the “Main Adversary.”

"Russians Mock Meddling Charge as Unsupported" is from the January 06, 2017 World section of The New York Times. It was written by Andrew Higgins and narrated by Barbara Benjamin-Creel.