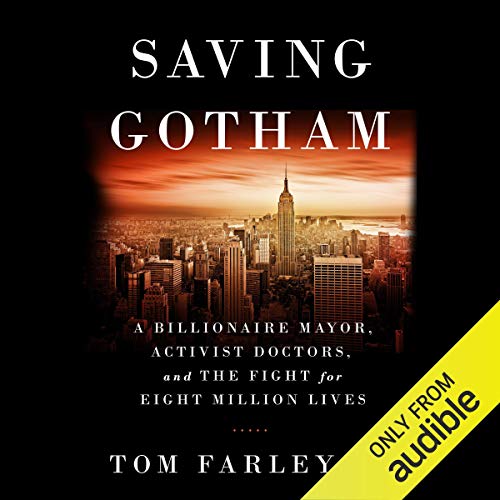 The inside story of the most audacious public health campaign of the 21st century. In 2002, a dynamic doctor named Thomas Frieden became health commissioner of New York City. With support from the new mayor, billionaire Michael Bloomberg, Frieden and his health department team prohibited smoking in bars, outlawed trans fats in restaurants, and attempted to cap the size of sodas, among other groundbreaking actions. The initiatives drew heated criticism, but they worked: by 2011, 450,000 people had quit smoking, childhood obesity rates were falling, and life expectancy was growing. Saving Gotham is the behind-the-scenes story of the most controversial - and successful - public health initiative of our time. Thomas A. Farley, MD, who succeeded Frieden as health commissioner, introduces a team of doctors who accepted the challenge of public health: to care for each of New York City's eight million inhabitants as their own patients. The biggest threats they faced were not cholera or chemical toxins or lack of medical care but instead habits like smoking and unhealthy eating. As these doctors pressed to solve these problems, they found themselves battling those who encouraged those habits, and they reshaped their own agency for a different sort of fight.

Farley shows what happens when science-driven doctors are given the political cover to make societywide changes to protect people from today's health risks - and how industries exploit legislatures, the courts, the media, and public opinion to undermine them. With Washington caught in partisan paralysis and New York City's ideas spreading around the world, Saving Gotham demonstrates how government - local government - can protect its citizens and transform health for everyone.

In this book, freedoms are subservient to health

Good book, but good grief. Where has personal responsibility gone? I agree with the sentiment and I do want the public to be healthy, but our freedoms must come first.