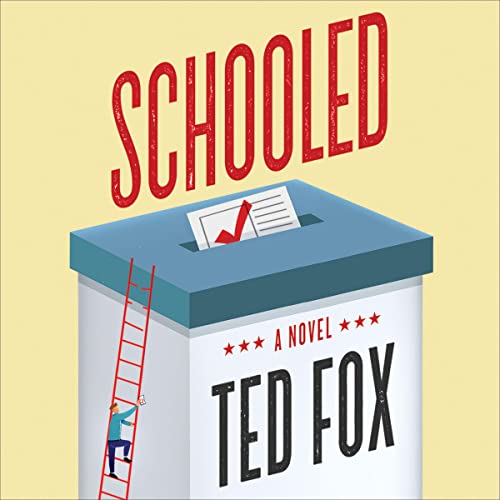 From a delightful new voice in fiction comes the story of a stay-at-home dad reclaiming his past and discovering a new future.

Jack Parker didn’t set out to be a stay-at-home dad, but his professional dreams went up in smoke after he accidentally burned down his office building. Six years later, Jack’s got parenting his two kids down cold.

Then comes an unwelcome blast from Jack’s past: high school nemesis Chad Henson. He beat out Jack for class president, stole his girlfriend, and never had so much as a pimple in his four years of adolescent bliss. Now Chad has moved to the same midwestern town Jack calls home.

When Jack learns Chad is running for president of his daughter’s school board, he decides to run to settle old scores. But parent politics prove more cutthroat than Jack could have imagined, and he’s facing unexpected challenges in his marriage, too, forcing him to question his role in the family. Suddenly, the election is about more than Jack’s past. It’s an opportunity to discover the person he wants to become.

People grow up, but some high school rivalries never die. It’s time Chad Henson got schooled once and for all—and for Jack to learn a few things of his own.

“Introducing a witty new voice in literary fiction, Schooled explores the uneasiness that comes with trading high-powered business lunches for leftover macaroni and cheese and the importance of taking the little wins wherever you can find them.” (Booklist)

What listeners say about Schooled