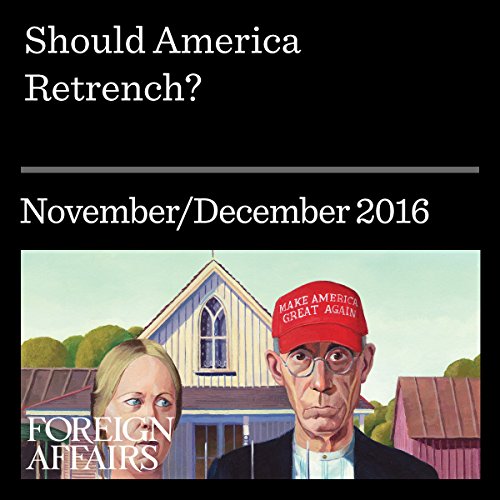 A quarter century after the Cold War ended, critics have renewed their calls for the United States to abandon its existing grand strategy, which they contend has both cost too much in blood and treasure and delivered too little in terms of peace, prosperity, and security. John Mearsheimer and Stephen Walt make this case in their article “The Case for Offshore Balancing” (July/August 2016), which charts an alternative course.

"Should America Retrench?" is from the November/December 2016 issue of Foreign Affairs.

What listeners say about Should America Retrench?