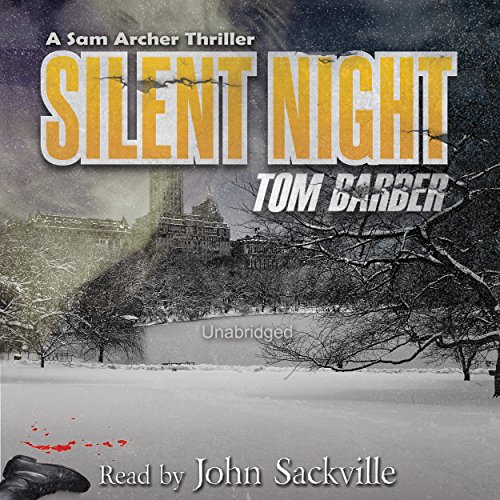 On a cold December morning in New York City, a man is found dead in Central Park. There are no knife or gunshot wounds to his body and no signs of violence. But beside the body is a box containing a cracked vial. Suspecting he died from some sort of biological attack, a lab team screen the body. What they find is deeply unsettling and terrifying.

Seven months after he left the ARU, Sam Archer is now a third-grade detective in the NYPD's Counterterrorism Bureau. However, not everything has gone as expected. Most of his new squad have welcomed him. Others haven't. But when he and the rest of his team are called in urgently and told of the situation, all personal differences need to be put aside.

It's been confirmed the man in Central Park was killed by an unknown strain of a toxic pneumonic virus. Once inhaled, there is no chance of survival. The victim dies quickly, violently, and in agonizing pain. There is no antidote. No one knows where it has come from, who planted it in the park, and why. No ransom demands or threats have been received.

Archer and his team are ordered to find out who was responsible and to locate and secure any other strains of the virus that may exist. However, they are already almost out of time. Someone is intending to release more of the virus into the city within the next 90 minutes. As they desperately search for answers, Archer and the rest of his team quickly discover that the cracked vial in the park was just the start. They are also not alone in wanting to get their hands on the virus. There are others - people with far more sinister motives who are desperate to acquire the virus and who will kill anyone who gets in their way.

As people around him start going down, Archer must battle to stay one step ahead in the race to find the toxic weapon before it is used again. When he and his team finally realize the full horrifying extent of what they're dealing with and the potentially devastating effects of its release, Archer must do everything he possibly can to stay alive and secure the lethal virus before many more people die. However, he is already too late.

Don't waste your time. The story is absolutely juvenal and unbelievable in every way. The author tries to write a book about a crime in New York City when actually all he does is describe London.

A little slow to start but becomes riveting!

Great narration! This story was hard to follow as it began. The plot, protagonists and antagonists were not clear at first and even its conclusion had an unexpected twist.

Too long and repetitive. I couldn’t wait to finish it by skipping chapters often. Yuck.

For A British Audience

Quietly read in a reserved manner this police procedural has been dinged by some for its British terms and lack of American nuance. Its not aimed at the American audience but at British one. That said, it was fun to watch the plot thicken, characters interact (albeit slowly and not too deeply). Nice ride.