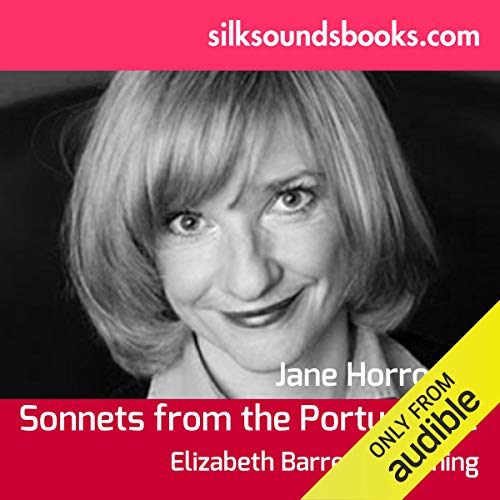 The love affair between Elizabeth Barrett-Browning and Robert Browning is one of the most famous in literature. It begins in 1844 with Elizabeth Barrett, closeted in her room for five years through ill health and forbidden from marrying by her nonconformist father, publishing the most recent of her highly successful literary works, a collection of poetry.

The poems prompt a letter from Robert Browning in praise of her work, which so touches her that she agrees to let him into her voluntary seclusion. The love that burgeons from this first visit is chronicled in Sonnets from the Portuguese - Browning called her his 'Portuguese' in reference to her dark skin and almost black hair.

Written as petrarchan sonnets over the two years following their secret marriage and flight to Italy, these are some of the best loved and most moving love poems ever written. The 13th sonnet - 'How do I love thee? Let me count the ways' - has become one of the world’s favourite love poems.

Barrett-Browning captures all the joy and innocence of a passionate love as well as the doubt and fear - she was amazed that Browning, six years her junior and full of health and vigour, could love her as much as he professed to.

The Barrett-Brownings had a long and seemingly blissful marriage, with Elizabeth dying in Italy, in his arms, in 1861. The sonnets remain a testament to a love that seems rare and precious, and the truth of these beautiful poems lives on.

What listeners say about Sonnets from the Portuguese