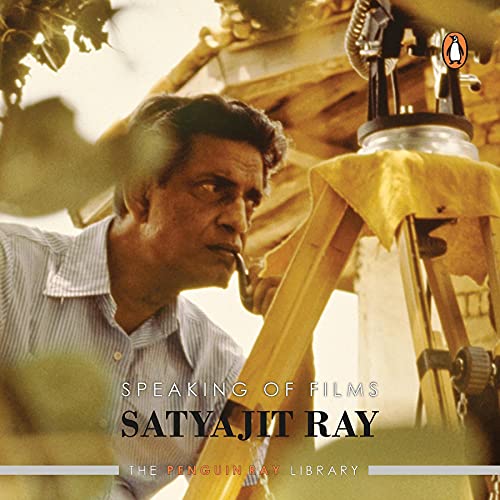 India’s greatest filmmaker on the art and craft of films.

Exactly 50 years ago, in 1955, the release of Pather Panchali heralded the arrival of a master in the world of cinema. Over the next 40 years, Satyajit Ray came to be regarded as one of the world’s finest filmmakers ever. Today, more than a decade after his death, he continues to be India’s most respected name in international film circles.

Apart from his achievements as a director, Ray was also a prolific writer of novels, short stories, and essays on cinema. Speaking of Films brings together some of Ray’s most memorable writings on film and filmmaking. With the masterly precision and clarity that characterize his films, Ray discusses a wide array of subjects: the structure and language of cinema with special reference to his adaptations of Tagore and Bibhuti Bhushan Bandopadhyay, the appropriate use of background music and dialogue in films, the relationship between a filmmaker and a film critic, and important developments in cinema like the advent of sound and color.

He also writes about his own experiences, the challenges of working with rank amateurs, and the innovations called for when making a film in the face of technological, financial, and logistical constraints. In the process, Ray provides fascinating behind-the-scenes glimpses of the people who worked with him - the intricacies of getting Chhabi Biswas, who had no ear for music, to play a patron of classical music in Jalsaghar; the incredible memory of the 75-year-old Chunibala Devi, Indir Thakrun of Pather Panchali, and her remarkable attention to details. This first-ever translation of Bishay Chalachitra, a seminal collection of essays on cinema, Speaking of Films retains the lucidity and simplicity that is a hallmark of Ray’s writing, and gives an invaluable insight into the mind of a genius.

What listeners say about Speaking of Films

this is a masterpiece

just loved it and what a story of a circle of life,respect Satyajit ray for this.