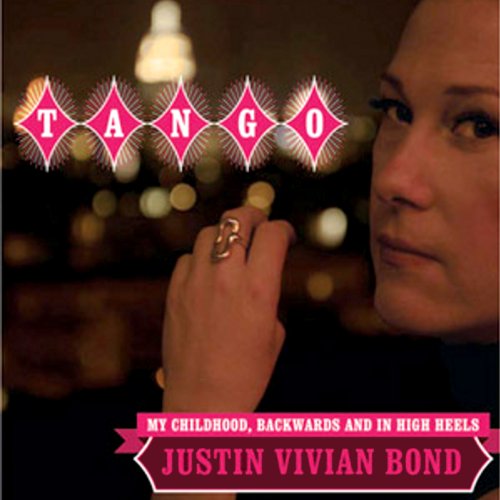 Tango: My Childhood, Backwards and in High Heels

With a recent diagnosis of attention deficit disorder, and news that V's first lover from childhood has been imprisoned for impersonating an undercover police officer, Bond recalls in vivid detail coming of age as a trans kid. Always haunted by the knowledge of being "different," Bond was further confused when the bully next door wanted to meet secretly. Their trysts went on for years, and made Bond acutely aware of sexual power and vulnerability. With inimitable style, Bond raises issues about LGBTQ adolescence, homophobia, parenting, and sexuality, while being utterly entertaining.

Singer, songwriter, and Tony-nominated performance artist Mx. Justin Vivian Bond is an Obie, Bessie, and Ethyl Eichelberger Award winner. As one half of the performance duo Kiki and Herb, Bond has toured the world, headlining at Carnegie Hall, the Sydney Opera House, and London's Queen Elizabeth Hall, and starring in a Tony nominated run on Broadway, Kiki and Herb Alive on Broadway. Film credits include a role in John Cameron Mitchell's feature Shortbus. Bond has recently released two records, Dendrophile, and Silver Wells.

"Like Bond, the memoir is droll, pensive and filled with zingers teetering between funny and ferocious." ( The New York Times)

What listeners say about Tango: My Childhood, Backwards and in High Heels

Justin Vivian Bond Knocks It Out of the Park

Hilton Als, theater critic for The New Yorker, calls Mx Justin Vivian Bond "The greatest cabaret artist of (v's) generation," and you can hear why. The range this story and Bond's reading of it display, from whisper sweet to tough as nails, is enthralling.

Bond’s memoir concerns a childhood in the Sixties and Seventies, knowing she wasn’t like the other boys. There are all sorts of details that reflect the era such as putting on his mother's "Frosted Watermelon" lipstick before school—not to mention the quack psychiatrist that told him as a child that his "gay-ness" was a just a passing faze.

I was absolutely drawn into Mx. Bond's tale of budding adolescent sexuality while being unapologetically "different". I'm sure teenage Justin would be very proud of grown-up Justin! Highly recommended!

Had to read/listen to for class and I must say it was great. Funny, lighthearted, sad, a good listen. Spending 2.5 hours listening is in my opinion a lot better than spending 2.5 weeks having to read it.