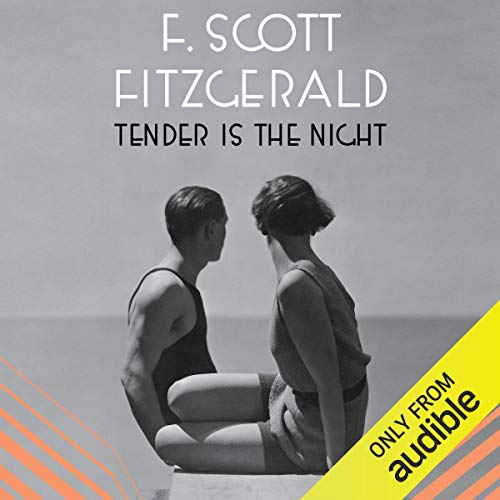 Tender Is the Night

Published in 1934, Tender Is the Night was one of the most talked-about books of the year. "It's amazing how excellent much of it is," Ernest Hemingway said to Maxwell Perkins. "I will say now," John O'Hara wrote Fitzgerald, "Tender Is the Night is in the early stages of being my favorite book, even more than This Side of Paradise." And Archibald MacLeish exclaimed: "Great God, Scott...You are a fine writer. Believe it - not me." Set on the French Riviera in the late 1920s, Tender Is the Night is the tragic romance of the young actress Rosemary Hoyt and the stylish American couple Dick and Nicole Diver. A brilliant young psychiatrist at the time of his marriage, Dick is both husband and doctor to Nicole, whose wealth goads him into a lifestyle not his own, and whose growing strength highlights Dick's harrowing demise. A profound study of the romantic concept of character - lyrical, expansive, and hauntingly evocative - Tender Is the Night, Mabel Dodge Luhan remarked, raised F. Scott Fitzgerald to the heights of a "modern Orpheus".

"Plummer's skill with varied voices and accents is without equal. She navigates Fitzgerald's glamorous world with panache, immersing the listener in the intense characters' personalities. The result is an entertaining production in which the narrative is as alive as the characters themselves." ( AudioFile)

What listeners say about Tender Is the Night

* If narrators are very important to you, please skip to second paragraph.

I think I appreciated this book more after I had finished it, than I did in the process. It slides along so easily. Drifting from moment to moment in these very wealthy people's lives, between the two World Wars. Nick isn't a train wreck, that's too immediate and encompassing. He's the accumulation of choice after choice. Lost moments and poor decisions. And this privileged world that he slips into rarely holds up a mirror to his actions, or calls him to account in any way, until it's far too late. In the end, the scope and elegance of the plot is really an enormous literary achievement.

The narrator, though perfectly fine, if a little dramatically breathless, in portraying young American women, is incredibly poor at accents. Even basic ones that I would assume anyone who thinks of themselves as an actor would be able to do a passable job at (Australian, for instance - who screws up Australian?) are beyond her capacity. I was actually shocked when it was finally mentioned that Nick was an American. I had no idea. I was pretty much able to ignore it (had to finish this book up for book club), if there's another reader out there, I'd certainly recommend giving them a go first.

The narration is fantastic, a lovely story in a forgotten time. Characters are memorable and easy to like. Descriptions of beaches and shops draw you into the story with ease

Was it all just the champagne

This story struck a chord with me that made it a swell time, easy to pick up and put down. I don't speak French but you knew what was being said. You want to feel for each caracter and celebrate there victories but at the same time you remember that like in the great war no one wins you only survive.

The reader's tone is irritatingly arch and breathless throughout and undermines the emergence of the characters through the actual writing. I gave up and got out the book - much more satisfying

Tender is the Night - More Fitzgerald

Story: I found the story very Fitzgerald. Believable but difficult to feel any empathy for the characters. Their problems seem all self-induced and it is hard to pity them. What did enjoy is the backdrop of the story and travels from to and from the first location. It is another slice of life that no longer exists, good or bad.

Beautifully read, the voices were amazing! The story was romantic and tragic, but not in a way that brings you down. It wasn't particularly suspenseful or exciting, but that wasn't was I was looking for anyway. A lovely read.

Not my favourite Fitzgerald

I didn't love it. It felt melodramatic and over written. More especially I felt the narrator entirely wrong for this period. She should stick to reading chick lit. She's a technically good narrator - apart from her icky accent work - but she added to the sense of the overblown that tended to dominate. Average only.

Not my favorite reader

Would you consider the audio edition of Tender Is the Night to be better than the print version?

Definitely not better than the print version. I could not even get through 30 minutes of listening. The reading was very sing-song like and saccharine.

Would you be willing to try another one of Therese Plummer’s performances?

Yes. This is a book about a life - the good, the bad, the relationships, the triumphs and the disasters. It is beautifully written and has so many phrases that stick in your memory.

What other book might you compare Tender Is the Night to and why?

There is no other book quite like this one. It is totally a 20th century book. Maybe the best of Henry James.

Yes. She managed to convey all of the emotional intensity of the pivotal moments in the story.

The end of the book is as moving as literature can get.

Too often, Fitzgerald is thought of as a one-book author, but this book deserves to be read and re-read.

This would be an amazing story no matter what, but the narrator really brings it to life. She should consider an acting career (or maybe she already has one)!

I knew nothing about this story and was frequently surprised by the sequence of events. It is an engaging and interesting story very well told

It is, in the main very well read by Therese Plummer who utilises a range of voices and accents to generally good effect. The one exception is the voice she gives to Dick Diver and given that he is the main character this is a problem. The accent changes frequently from full on American at some points all the way to something that sounds like a a bit like a comedy Scottish accent. I am not sure why she does this. The text refers to Dick's Irish heritage but a) this would not mean he would have anything other than an American accent given his birth and upbringing and b) the accent does not sound remotely Irish anyway.

A small complain maybe but unfortunately it really jarred!

this really is a great book Therese narrates it perfectly I was a bit dissatisfied with the side story of Nicole's father though!

Rich, sensual reading of a fascinating and continually surprising book...

....but why on earth does the American narrator affect a truly appalling ‘Irish’ accent for the also American Dick Diver? Baffling

Seductive, layered but not so fascinating

Fitzgerald has an elegant way with words that is very seductive. The plot in itself is quite layered, it brushes across the canvas with different strokes and colors. There’s a multitude of atmospheres and scenarios throughout the storyline that accompanies the characters not only through different cities around the world but also across distinct emotional landscapes. Unfortunately I found a great deal of it solely stylistic and graphically compelling. I realized that there’s a lot of personal investment from the author into this novel, the topics it leans over are also compelling to me but I didn’t love it. Perhaps I’ll manage to see through it differently on a secondary reading experience.
Towards the narration I feel a bit divided. Throughout the whole book I felt like she did a very good acting job, her male impressions were quite humorous and that allowed me to listen to longer stretches at a time and I valued that. But upon finishing the book I ask myself if that didn’t spoil a certain serious tone perhaps more suitable for the story.

I thoroughly enjoyed Tender is the Night and thought Therese Plummer depicted all the characters quite beautifully.Her languid pace caught the era perfectly.

Such a delight to revisit this elegant. sad and prosaic story. Poignant and beautifully observed

A very rich story lyrically described. Characters appear and are developed, then disappear for chapters, just like in real life. The contrasting fate of the principles is compellingly and sympathetically described. Highly recommended.

A merry-go-round of a book

This is one of those books you can re-read over and over, and get more from it each time.
Beautifully and intelligently read.

I read this when I was about 17 and loved it, as I did all Fitzgerald. So I thought I’d revisit it. Oh God what a mistake. I hated it. I don’t know why but it gave me a totally different feeling over 50 years later. I couldn’t stand to listen to those people for more than 3 chapters so I’ll leave Fitzgerald safely in my past and remember him with fondness. Plenty of people will love this I know.

Tender is the Night is far darker than The Great Gatsby, because we are neither chaperoned by an outside narrator, nor spared the internal view of the dissolution. It is also less compressed with a looser structure, so that little is left out.

The reading is superb. This book has a lot of dialogue with several characters, and it cannot work unless both genders sound natural. I did not immediately appreciate how good the reading is, because part of what makes it so excellent is the consistency

to be honest, it was a bit boring
it was well read by the narrator though

This was my first experience with F Scott Fitzgerald - I really didn't enjoy the story or his style of writing. The plot was rambling and too incoherent. I liked none of the characters.

This story was okay. As a fan of “the great Gatsby,” I was hoping this would be an enjoyable book as well. However I found it to be a bit slow and dull at times. Although it’s a rich in symbolism and the themes, the story itself isn’t that entertaining.
The performance was okay but some parts were too dramatised. At one point, the reader imitates a scream which is quite startling.

Overall, not the best but not the worst.

Good story, not so good performance!

I liked the story, but got really annoyed by the reading. A bit less exaggeration and exclamation would have been good. I would probably have given four stars if I had read it myself.