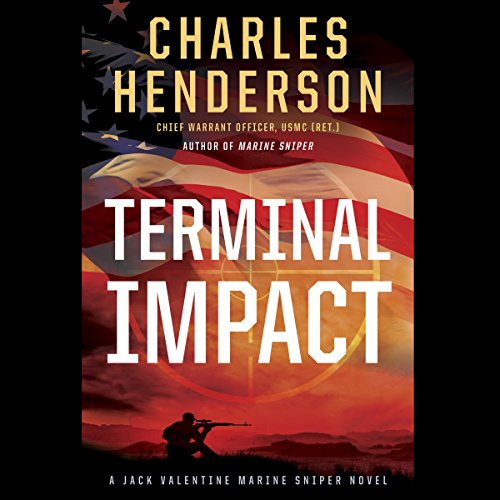 From the author of Marine Sniper - the classic true account of Sergeant Carlos Hathcock - comes a gripping and gritty new novel about a sniper on the trail of al-Qaeda terrorist Abu Musab al-Zarqawi in post-9/11 Iraq.

At age 20, marine scout-sniper Jack Valentine had his first kill in Iraq, at the start of the Persian Gulf War. Now it's 2006, and he's back in Baghdad, obsessed with taking down al-Qaeda terrorist Abu Musab al-Zarqawi. Jack missed his first shot at Zarqawi, and it's haunted him ever since - even though the attack struck fear into the black hearts of the jihadists and earned him the name the Ghost of Anbar.

Now leading his own Special Operations platoon, Jack is determined to hunt down and take out his target this time. But the jihadists are not his only enemies. The ruthless, amoral leader of a band of mercenaries is feeding al-Qaeda secret information - and pursuing the love of Jack's life, FBI agent Liberty Cruz. Jack may soon find himself in the crosshairs if he doesn't eliminate his rival first.