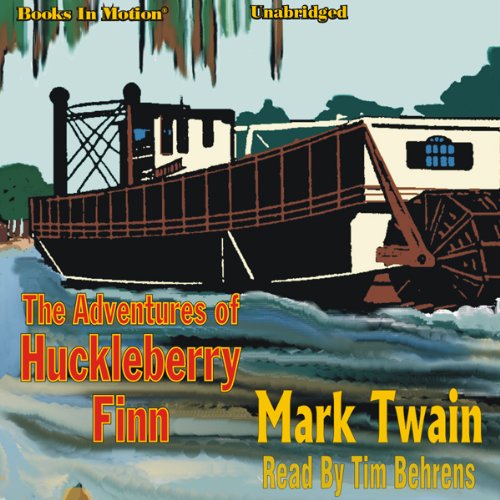 The Adventures Of Huckleberry Finn

Published in 1885, this sequel to Tom Sawyer tells an entrancing tale of mischievous boys during the old steamboat days on the Mississippi River. Huckleberry Finn and his pal Tom Sawyer run away from home and venture down the Mississippi on a raft. Until their final return up the river, they encounter thrilling, funny and pathetic incidents which succeed one another in rapid succession. The story especially depicts the old social order of that era and reveals its problems. This audiobook version has received high acclaim throughout the United States.

What listeners say about The Adventures Of Huckleberry Finn

Tim Behrens voice is A+

This should be one of the most enjoyable readings of the great classic! Mr. Behrens' Jim is unforgettable and all characters are distinct and truly alive. Twain's humor bubbles through into your ears. Highly recommended!

good and great for me and others
long strong Adventure ! ! ! ! !