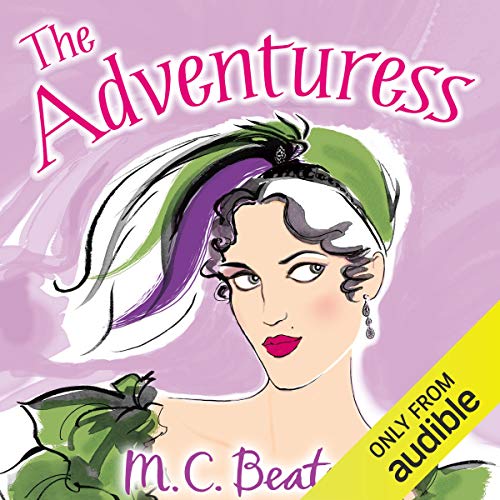 Appearances can be very deceptive...At first, Emily Goodenough and her father, Sir George, are exactly what the servants at No.67 Clarges Street are hoping for: respectable tenants to usher in an uneventful Season. But all is not what it seems and it's not long before Rainbird the butler uncovers their secret: Sir George is an ex-butler and his 'daughter' a runaway chambermaid. Rainbird's resolve is tested, however, when he learns of villainous Sir Edward Kirby's plot to unmask the pair and force his attentions on Emily. So the staff join forces with their former fellow servants in a scheme to make the Goodenoughs Society's darlings, foil Sir Edward's plot, and snare the man of her dreams for Emily in the bargain.

M. C. Beaton is the author of the best-selling Agatha Raisin series. She has also written several Regency romance series, including Edwardian Candlelight. She lives between Paris and the Cotswolds.

narrator spoils all of these books with very silly, unbelievable upper class voices. makes the heroes sound ridiculous. otherwise, the other characters are believable.