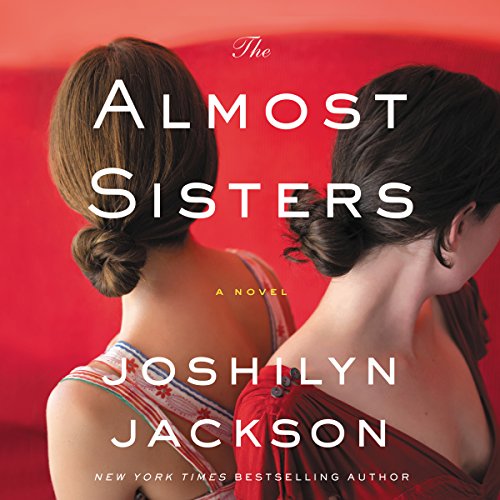 With empathy, grace, humor, and piercing insight, the author of Gods in Alabama presents a powerful, emotionally resonant novel of the South that confronts the truth about privilege, family, and the distinctions between perception and reality - the stories we tell ourselves about our origins and who we really are.

Superheroes have always been Leia Birch Briggs' weakness. One tequila-soaked night at a comics convention, the usually level-headed graphic novelist is swept off her barstool by a handsome and anonymous Batman.

It turns out the caped crusader has left her with more than just a nice, fuzzy memory. She's having a baby boy - an unexpected but not unhappy development in the 38-year-old's life. But before Leia can break the news of her impending single-motherhood (including the fact that her baby is biracial) to her conventional Southern family, her stepsister Rachel's marriage implodes. Worse, she learns her beloved 90-year-old grandmother, Birchie, is losing her mind, and she's been hiding her dementia with the help of Wattie, her best friend since girlhood.

Leia returns to Alabama to put her grandmother's affairs in order, clean out the big Victorian that has been in the Birch family for generations, and tell her family that she's pregnant. Yet just when Leia thinks she's got it all under control, she learns that illness is not the only thing Birchie's been hiding. Tucked in the attic is a dangerous secret with roots that reach all the way back to the Civil War. Its exposure threatens the family's freedom and future, and it will change everything about how Leia sees herself and her sister, her son and his missing father, and the world she thinks she knows.

My favorite book in a long time!!

It may be because I am a 70 year old white woman who lives and grew up in the South, but this book really did an unusually good job of depicting life as I know it! It was funny, sad, thought provoking, and a great mystery! The narater was the best I have heard and I have heard a lot. She made me very glad I bought the audio version. I would recommend it to everyone. It's one I won't forget.

I have been hooked since I first read Gods in Alabama and have either read or listened to everything she's done, but The Almost Sisters is my new Joshilyn Jackson favorite! I loved that she tackled racism and life in a small southern town (the good, the bad, and the ugly) in a fresh way without making the story too depressing and hopeless. I love her natural Southern voice (so sad when other narrators try to fake it) and think she's a great narrator! I highly recommend this Audible book!

While I have enjoyed many of Jackson’s previous works, this one did not satisfy as well for me. In spite of her usual deft wordsmanship injecting delightful humor in surprising places, there are plotting and pacing problems that made this a bit of a disappointment.

The story is overstuffed with too many subplots and characters, making it impossible to give her usual biting clarity to many of them. The first person POV left many crucial characters flat. The first half of the book moves very slowly, setting up these plot lines, but does pick up at the halfway point.

The thread she uses to tie her plot points together is the subtle and sometimes not so subtle racism and classism that exists in small town southern communities. While her point is a valid one, it was hammered over and over, becoming preachy. The result is a story that is forced and contrived in its effort to bring all the threads together by the end. I was especially disappointed in the lack of depth to the Batman's character.

Finally, the comic book aspect of the story was truly interesting and integral to the plot. But because graphic novels are by nature a visual art, I found it difficult to get a mind’s eye view of what Jackson was trying to describe. This became a distraction that pulled me out of the story more than once.

Jackson’s narration was generally good, but her Batman was the exception, shifting from a painful stutter to an annoying sexy bedroom voice. Not her best.

I was excited for the release date of this latest Jackson book and I was not disappointed. As always, the prose was moving and the story memorable. I always find myself thinking of Jackson's characters long after their story is done.

I just wish she wouldn't narrate herself. I like that it is read how it is intended (pauses, emphasis, etc...) but her voice is a bit grating.

I love Ms. Jackson's books and her talent at bringing them to life. This one, although fun was not my favorite. She had a good plot and ideas but somehow it just got a bit muddled and overblown.I am not a big fan of comic books so that didn't really draw me in, however, it was interesting to hear about a world I know nothing about. Bottom line her books draw me in and keep me listening. Maybe its just to hear her read with her cute southern drawl.

Not up to Jackson’s usual standard

I like Jackson’s novels generally but this one isn’t up to her usual standard. I’m not done with it yet (not sure it’s worth finishing) but I felt compelled to review it now since my sisters rely on my reviews for recommendations and I do NOT recommend this. Jackson’s narration is painful to listen to. I’m shocked given she wrote the book but her inflections are all in the wrong places. She is distracting and detracts from the story... although the story (and characters) is less than engaging. Boring, frankly. Not worth your time.

I made myself finish this. The author does a good job reading it except for the baby talk voice of the first person narrator. But natural dialogue never happens in the story. Every line of dialogue is explained and over-explained, repeating and repeating what the reader already knows the character is thinking and meaning, thereby slowing down the story and leaving nothing for the reader to realize. Then another line is followed by another long long explanation of what the speaker means and the history behind it, so the scenes take forever to play out. Overly dramatic. It's an interesting story, though it makes people in churches in the South look worse than they really are in my part of the South, anyway. And the comic book story within the story was imaginative but juvenile to me. She could have moved the story along through natural flow of dialogue and given the reader credit for figuring out the characters by what they say and do.

If you could sum up The Almost Sisters in three words, what would they be?

What was one of the most memorable moments of The Almost Sisters?

I loved the way Leia's graphic novel was woven into the plot of the overall story.

She is a wonderful narrator for her own books. Her voices are all distinct from each other and I think she knows best of all how the book should be read to convey what she wants the listener to know. I would really recommend the audio version of any of her books because she does such an amazing job and you can really absorb what a good writer she is by hearing every word.

Many things about this book were moving. I like the way Leia becomes aware of layers of the South that she didn't really acknowledge before and she resolved to change what she could for the sake of her son and the future.

I didn't even know what this book was about when I pre-ordered it. I wait for Joshilyn Jackson's books to come out and order it as soon as possible. To me, it doesn't even matter what it's about because come of her themes remain the same. No one does life in the small town South like Jackson. I also enjoy that she does her own reading because I look forward to that part too. She's an amazing writer and I highly recommend any book she's written.

Where does The Almost Sisters rank among all the audiobooks you’ve listened to so far?

The Almost Sisters entertained and pushed me out of the box and into a deeper perspective of today and yesterday's South. This is an excellent read/listen from start to finish.

What was one of the most memorable moments of The Almost Sisters?

I believe the most memorable moment is the Fish Fry, I love the art of airing the laundry.

Which character – as performed by Joshilyn Jackson – was your favorite?

I love the Matriarch Birchie, she holds strength and wisdom regardless of her fragility.

This was a joy that I will revisit.

This was an easy audible to listen to and the characters were likeable however it was similar to something a teenager would write with constant references to comics and batman, the storyline was weak and the racial element was cringe. I have never heard of this author but it was recommended as an audible on some review. There are 25 chapters and I made it to 23 I couldn't stick it any longer and that is unlike me.

I couldn't stop extending the sleep timer until the early hours of the morning when I'd already listened for about 4 hours! The story has so many things going on but it all works so well together and comes together beautifully. I loved the descriptions of the Violet and Violence comics too - I could picture it so well. And the parallels and imagery from it is used so well. The southern accent got a bit grating at times (eg. Martina Mack) but I assume that was on purpose!

I loved everything about this book. The story is beautifully crafted and the language just extraordinarily strung together ...full of tiny insights and huge truths and moments that make you laugh out loud . Joshilyn Jackson reads with the skill of an actor and draws you into the life of the novel until you almost believe you belong there. So sad to have finished it . I will now find more of her work to explore ....thanks to my book club for pointing me in the direction of all this enjoyment

Gorgeous story with excellent narration. Can't get enough of that accent. It has a bit of everything. Mystery, romance, humor.