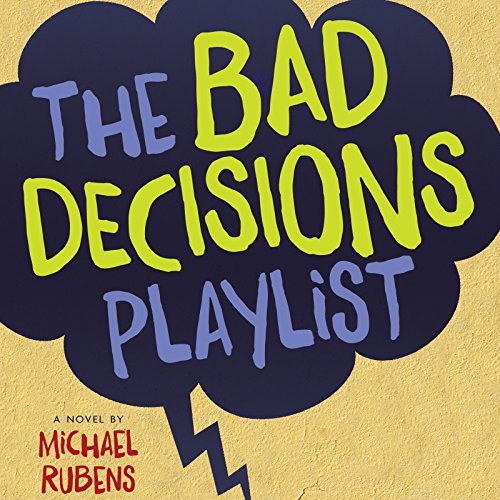 Sixteen-year-old Austin is always messing up and then joking his way out of tough spots. The sudden appearance of his allegedly dead father, who happens to be the very-much-alive rock star Shane Tyler, stops him cold. Austin - a talented musician himself - is sucked into his newfound father's alluring music-biz orbit, pulling his true love, Josephine, along with him. None of Austin's previous bad decisions, resulting in broken instruments, broken hearts, and broken dreams, can top this one. Witty, audacious, and taking adolescence to the max, Austin is dragged kicking and screaming toward adulthood in this hilarious, heart-wrenching YA novel.

What listeners say about The Bad Decisions Playlist

Relates to a teenage boy life. And has a great storyline and concept o golly.