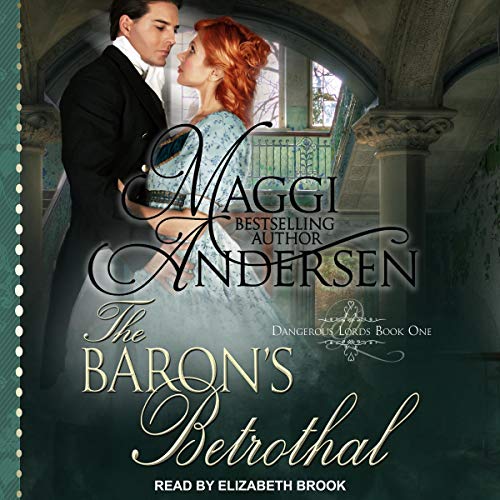 Guy Fortescue comes to England to claim his inheritance, Rosecroft Hall, abandoned over 30 years ago when his father fled to France after killing a man in a duel. But England proves to be a dangerous place - someone wants Guy dead. As Guy seeks to discover who lies behind the attacks on his life, he arranges a faux betrothal with Miss Horatia Cavendish.

Unfortunately, things don't go according to plan. An aspiring poet, Hetty proves to have a mind of her own, but in spite of that, Guy finds her far too alluring.

Headstrong and lovely, Hetty agrees to the betrothal because it allows her to go to London, where she can attend literary societies with her aunt. While her affection for Guy grows deeper, she must not forget the betrothal isn't real. Guy will choose a bride from the beau monde - it will not be a colonel's daughter from Digswell.

But Hetty is soon drawn into Guy's life more and more, and not entirely against her will. He is handsome and brave, and the attraction between them is undeniable. Soon, she can no longer resist her desire for him, and the fact that someone is out to kill him only feeds her innate protectiveness of the man she is betrothed to.

What listeners say about The Baron's Betrothal

This story & narration was poor. There is nothing new or interesting and plenty of books a lot better.
The story was too convenient. Everything happens easily and when needed:
Hero is in trouble ..an old friend saves him and offers a place to stay, hero is captured, and makes an easy escape finding secret passages and moving through a maze ( how you ask, but I don't care enough to even wonder), everyone seems to meet in a large city like London in perfect timing. It's too unbelievable. There are also a lot of plot points that don't make sense and are there just to reinforce that everything is "normal".
there is also modern language that should not be in the regency era
All the people seem to have a case of insta-like as soon as they meet, so there is no tension or interest. There is also an event midway through ( I can't spoil it) that is huge, but the author rushes it in a few paragraphs. This is just poor writing, with little that is new. The dialogue is very immature and lacks any excitement.
The narration is good in English, but the French accent is a joke. Therefore the hero sound strange and takes me out of the story every time there is his dialogue.
Don't waste your time or credit. Better books are easy to find.