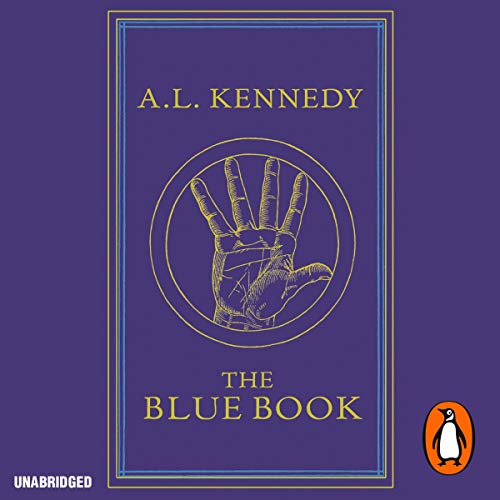 Longlisted for the 2012 Orange Prize for Fiction

Elizabeth Barber is crossing the Atlantic by liner with her perfectly adequate boyfriend, Derek, who might be planning to propose. In fleeing the UK - temporarily - Elizabeth may also be in flight from her past and the charismatic Arthur, once her partner in what she came to see as a series of crimes.

Together they acted as fake mediums, perfecting the arcane skills practised by effective frauds. Elizabeth finally rejected what once seemed an intoxicating game. Arthur continued his search for the right way to do wrong. He now subsidises free closure for the traumatised and dispossessed by preying on the super-rich. The pair still meets occasionally, for weekends of sexual oblivion, but their affection lacerates as much as it consoles. She hadn’t, though, expected the other man on the boat.

As her voyage progresses, Elizabeth’s past is revealed, codes slowly form and break as communication deepens. It’s time for her to discover who the true deceivers are and who are the truly deceived.

What’s more is the book itself - a fiction which may not always be lying - deceiving the listener? Offering illusions and false trails, magical numbers and redemptive humour, this is a novel about what happens when we are misled and when we are true: an extraordinarily intricate and intimate journey into our minds and hearts undertaken by a writer of great gifts - a maker of wonders.

What did you love best about The Blue Book?

I love the way A.L. Kennedy writes. Her language is poetic and sensual. If I had to compare it to anyone I would say Jeanette Winterson. Kennedy's stories are more down to earth, but they're not less twisted. The Blue Book has kept me glued to my earpiece. The plot gently twisting, surprising and deceiving.

What other book might you compare The Blue Book to and why?

If you like the theme (mentalists), you might want to try Sarah Waters' Affinity. For the style of writing, nothing really compares.

Juliet Stevenson's narration really adds to the book. Her voice is lovely and clear, making it easy to follow the storyline. Her range, making the male characters stand out, is amazing.

I am a fan of AL Kennedy's, and have been ever since I read Paradise. The Blue Book is a tour de force, full of passion and poetry, read movingly and in total harmony with the writing. Though I would have loved the book if I'd read it off the page, it is not now possible for me to divorce the writing from the voice of Juliet Stevenson, who gave the book an extra dimension, adding so much more to the tale with her beautiful reading. The book bursts with poetry, it explodes with it, including in it's lyricism the 'f' word, which may spoil it for some, but not me. Unlike any other audible book I will listen to this again, and probably again after that. It knocked me off my feet, and the ending made sense of the whole book, in Anthony Burgess fashion. Stunningly good.

I am a great fan of Juliet Stevenson's narrations but I did not enjoy the substance and style of this book, making it the least satisfying encounter with JS I have had to date. I did not engage with the characters and I was not greatly entertained.