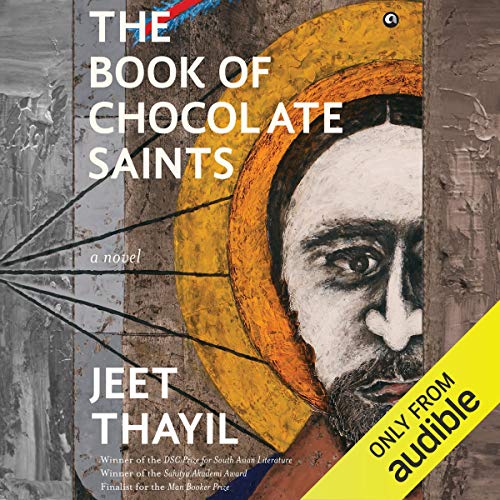 The Book of Chocolate Saints

In incandescent prose, award-winning novelist Jeet Thayil tells the story of Newton Francis Xavier, blocked poet, serial seducer of young women, reformed alcoholic (but only just), philosopher, recluse, all-round wild man and India’s greatest living painter. At the age of 66, Xavier, who has been living in New York, is getting ready to return to the land of his birth to stage one final show of his work (accompanied by a mad bacchanal). As we accompany Xavier and his partner and muse ‘Goody’ on their unsteady and frequently sidetracked journey from New York to New Delhi, the venue of the final show, we meet a host of memorable characters - the Bombay poets of the '70s and '80s, ‘poets who sprouted from the soil like weeds or mushrooms or carnivorous new flowers, who arrived like meteors, burned bright for a season or two and vanished without a trace’, journalists, con men, murderers, alcoholics, addicts, artists, whores, society ladies, thugs - and are also given unforgettable (and sometimes unbearable) insights into love, madness, poetry, sex, painting, saints, death, God and the savagery that fuels all great art.

Narrated in a huge variety of voices and styles, all of which blend seamlessly into a novel of remarkable accomplishment, The Book of Chocolate Saints is the sort of literary masterpiece that comes along only once in a very long time.

What listeners say about The Book of Chocolate Saints