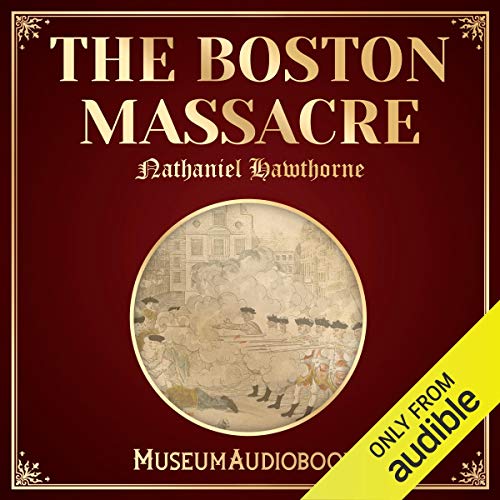 In Hawthorne’s telling, a grandfather tells of the violence in Boston on March 5, 1770, which was a pivotal event in the lead-up to the American Revolution.

A sentry was being taunted by a crowd hurling insults and objects, and a squad of British soldiers came to his assistance. An object struck Private Hugh Montgomery, who then discharged his musket, whereupon other soldiers fired their weapons into the crowd.