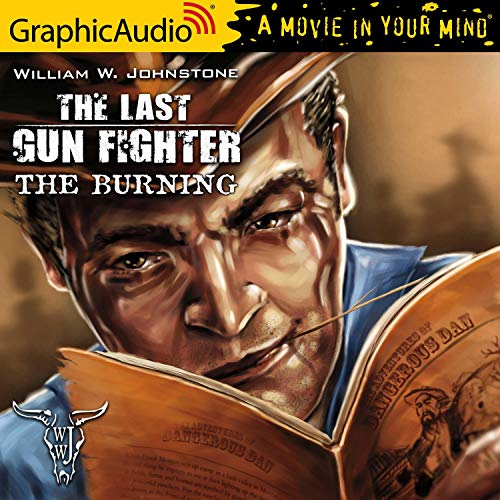 When Frank Morgan sets up camp in a lush valley in Montana, the last thing he expects to see is fires lighting up the night sky as fields, farms, and homes are torched by gunslicks hired by two powerful ranchers.

For the ranchers, the battle lines have been drawn in the form of newly settled farmland that's cutting through the ranges, separating cattle from grazing land and water. But the settlers are breaking no law and no one is going to prevent them from building their homes and becoming a real town — until the two biggest ranchers turn to vicious mercenaries who won't stop killing until they run out of bullets - or someone kills them.

Now, Frank Morgan finds himself taking gun in hand once more to help folks who desperately need it. Having fought his way across the frontier, he knows his days are numbered — but anyone fixing to kill the last gunfighter had better be ready to die.

What listeners say about The Burning [Dramatized Adaptation]