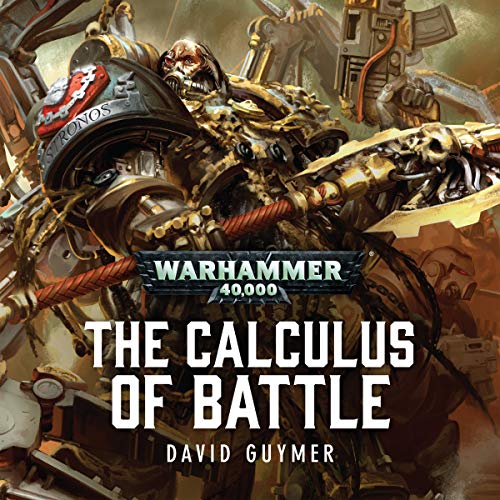 The Calculus of Battle

The beleaguered Astra Militarum defenders of Varasine fight against the alien menace of a tyranid invasion, but their only possible salvation approaches in the form of something almost equally inhuman.

Warleader Kardan Stronos of the Iron Hands, long having studied the xenos threat, now brings his fearless battle brothers to join the war - only he can save Varasine, measuring his Chapter's infallible logic and ruthless strategy against the cost in human lives.

where are the rest of the chapters?

I was interested in the story. My only question is why is there only one chapter?

Only problem is that it’s short

It gives a good example for what the Iron Hands are about and keeps you wanting more. Makes me wish there was a novel version of this.

The combat is cool, and it’s nice to hear about the Tyranids, but the story itself is really empty of any driving force or motivation. Not bad, but won’t be relistening any time soon.

Needed to be longer

really enjoyed it! but needed to be longer. someone needs to get on that! shows that the iron hands are still human.