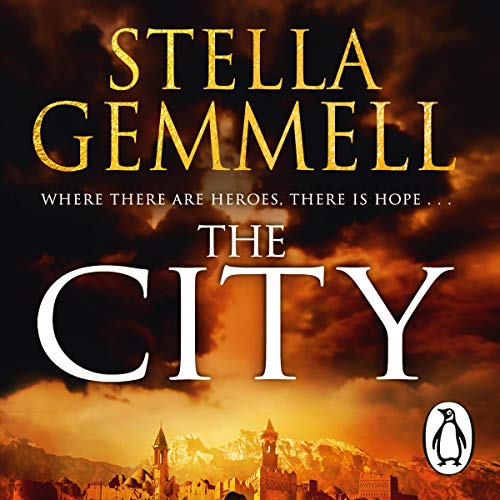 Built up over the millennia, layer upon layer, the City is ancient and vast. Over the centuries, it has sprawled beyond its walls, the cause of constant war with neighbouring peoples and kingdoms, laying waste to what was once green and fertile. And at the heart of the City resides the emperor. Few have ever seen him. Those who have remember a man in his prime and yet he should be very old.

Some speculate that he is no longer human, others wonder if indeed he ever truly was. And a small number have come to a desperate conclusion: that the only way to stop the ceaseless slaughter is to end the emperor’s unnaturally long life.

From the rotting, flood-ruined catacombs beneath the City where the poor struggle to stay alive to the blood-soaked fields of battle where so few heroes survive, these rebels pin their hopes on one man. A man who was once the emperor’s foremost general. A man, a revered soldier, who could lead an uprising and unite the City. But a man who was betrayed, imprisoned, tortured and is now believed to be dead...

Volume One of the astonishing debut fantasy novel from Stella Gemmell, wife of the late, great David Gemmell.

What listeners say about The City - Volume 1

So convoluted, confused and rambling I just couldn't finish. I hate wasting money and stuck with it well beyond its due but was defeated in the end. Hours and hours of build up and attempts at drama and action. Some good and interesting characters but not enough so sustain a plot that tries to be too clever and loses any dramatic intrigue.
Gemmell it is not.

Gotta have a Gemmell in my library!

What made the experience of listening to The City - Volume 1 the most enjoyable?

Different and intriguing. I've no idea where it's going

The guy who went back for the girl's ?scarf? taken from her. Mad fool!

No! Way too long - my bum would have gone to sleep!

Different to the great and sadly missed David Gemmell (where is he in Audible? Shame on you!) but has the same undercurrent of special characters who subtly engage your interest and investment

I enjoyed the book once I got into it. Had a good plot with interesting characters and characterisation. Good stuff!