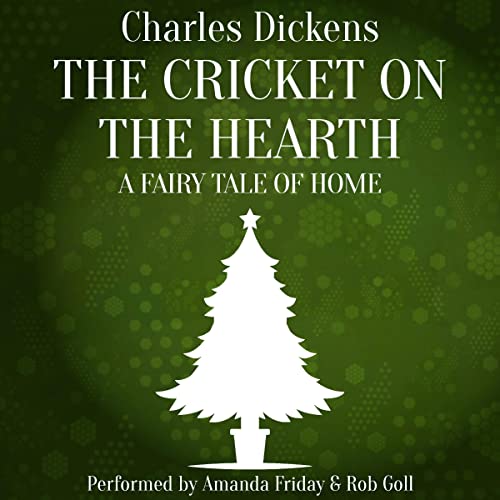 The Cricket on the Hearth

The Cricket on the Hearth, published in 1845, is the third in Charles Dickens' series of "Christmas Books," five novellas with strong social and moral messages that he published during the 1840s. It is preceded by A Christmas Carol (1843) and The Chimes (1845) and followed by The Battle of Life (1846) and The Haunted Man and the Ghost's Bargain (1848).

The story centers around the hearth and home of the good-hearted carrier, John Peerybingle, and his young wife Mary—affectionately called Dot by her husband. Their baby boy is cared for by a clumsy nanny, Tilly Slowboy. The household is completed by Boxer the dog and the cricket on the hearth, who acts as a guardian angel to the family.

The life of the Peerybingles intersects with that of Caleb Plummer, a poor toymaker employed by the stern and miserly toy merchant, Tackleton. Caleb has a blind daughter Bertha, and a son Edward, who traveled to South America and is thought to be dead.

When disaster looms following the arrival of a mysterious, elderly stranger, the cricket appears in fairy form to save the day.

What listeners say about The Cricket on the Hearth