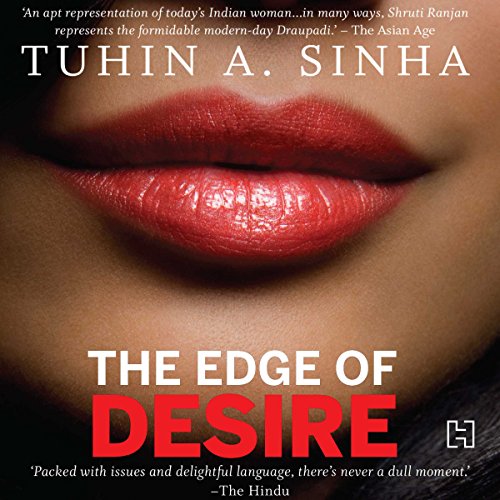 When journalist Shruti Ranjan, newlywed wife of the deputy commissioner of Kishanganj in the lawless Bihar of the 1990s, is brutally raped by a 'politically sheltered local goon', all of her attempts at getting justice are crushed by a corrupt and complicit state government. That's when the charismatic Sharad Malviya, a leading member of the Opposition party, offers her an unlikely solution: his party's ticket to contest the Lok Sabha elections. Left with little to choose from, Shruti agrees, only to realize that being catapulted to an enviable position of power in an all-man's world comes at a price. Caught between her mentor and her spouse - both upright but ultimately flawed men - and a host of envious others who continue to cast aspersions on her character, she struggles to address the larger problems of the country.

What listeners say about The Edge of Desire