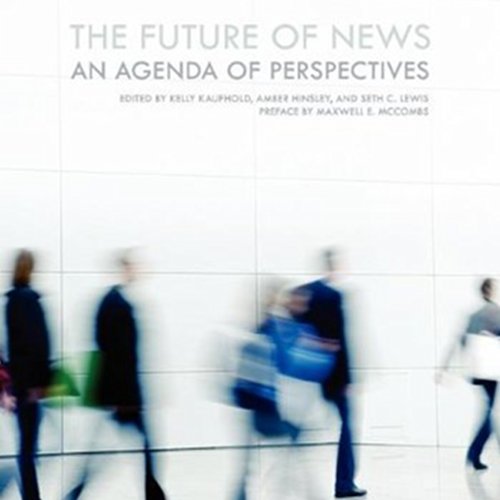 The Future of News

What is the future of news? That question takes on greater urgency with each passing year, and has triggered no shortage of controversy among journalists, scholars, and the public - some warning of serious journalism's imminent demise as traditional business models collapse, others anticipating its rebirth as networked citizens participate in the news process. What remains clear is that in our media shift from analog to digital, from one-way to increasingly many-to-many forms of communication, we need to rethink much of what we know about journalism - who produces it, under what conditions, and with what kind of impact in society. The Future of News: An Agenda of Perspectives attempts to bring some order to the cacophony of opinions about journalism's future. Through contributions from seasoned journalists and expert academics, this book tries to synthesize the key trends, patterns, and practices that are reshaping news in the digital age. The Future of News outlines the promise and perils of today's media environment, which features increased opportunities for citizen engagement through social networks and cheap digital tools as well as spiraling declines in news consumption and challenging conditions for professional journalists. This book doesn't predict the future, but rather sets forth an agenda of observations and questions to guide our thinking in this new age of journalism.

Maxwell McCombs is the Jesse H. Jones Centennial Chair in Communication at the University of Texas at Austin, and is internationally recognized for his research on the agenda-setting role of mass communication. Amber Willard Hinsley, Kelly Kaufhold, and Seth C. Lewis are former journalists with years of experience at news organizations including the Los Angeles Times and the Miami Herald. Today they study the changing nature of news production and consumption as PhD students in the School of Journalism at the University of Texas.